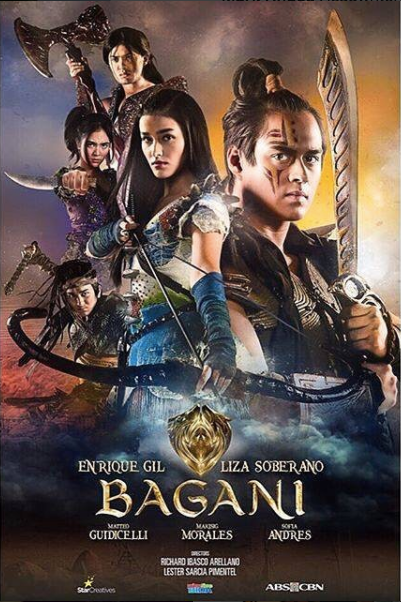 When the trailer of Kapamilya fantaserye “Bagani” first came to the fore in social media last Feb. 7, its arrival elicited awe and excitement from many — and opposition and disapproval from many still. While the series joins the ranks of Kapuso hits “Amaya” and cult-favorite “Encantadia” in the fantasy and Philippine mythology department, a lot of people pointed out the mismatched casting in the series, mainly the fair-skinned stars for portraying “pre-colonial Filipinos.”

Liza Soberano and Enrique Gil are the two main characters in “Bagani” and both are of foreign descent, Soberano being a half-American and Gil part-Spanish and German. In one of the scenes in the trailer, Gil’s face was shown covered in bronzer to make him look like he has brown skin.

Actress Chai Fonacier was one of the many who aired their grievances on social media in a tweet last Feb. 10.

“Don’t brown face to serve majority of a population that are naturally brown skinned,” Fonacier wrote. “To condescend on your own kind this way and scream PiNoy PriDE in your station IDs AND call them ‘family’ is blatantly stupid and insulting.”

Another netizen, Miguel Poblador, on the other hand shared pictures of Black Panther and the Bagani cast, and pointed out the contrasts between the two.

“Movies like Black Panther pay homage to African culture by innovating without sacrificing authenticity. While shows like Bagani slather half-white asians in bronzer to pass them off as precolonial filipinos because kayumangi doesn’t sell.” 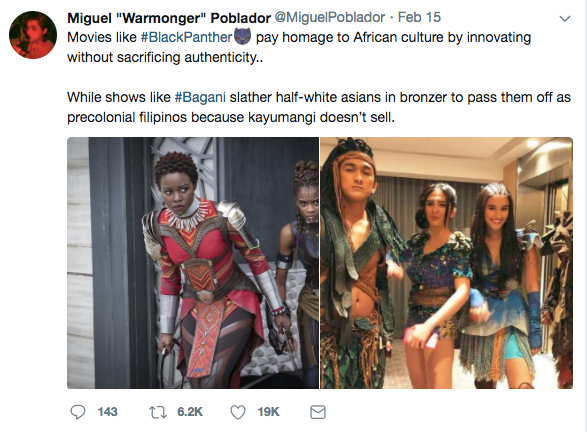 It seems like the showing of the trailer opened a Pandora’s box of critics, to the point that the star Soberano herself was pushed to address the concern in her Twitter page.

“And who says were not pinoy? My Father is full filipino. I was raised by two filipinos since the age of 4,” defended Soberano. “I looooove sinigang i think thats as pinoy as pinoy can get.”

Despite this attempt at a defense, however, netizens still called out Soberano, pointing out that her mestiza looks was one of her advantages and led her to become famous.

While the debacle continues on, headwriter of ABS-CBN Star Creatives Mark Angos finally spoke up on his Twitter page about the colorism allegations on “Bagani” and the criticisms hurled their way.

He emphasized that it is not pre-colonial: “It is not PRECOLONIAL. It is not HISTORICAL. Hence it is not a portayal of sinaunang tao or a particular historical period or event.”

When netizens Caroline (@Hennessyebua) and May (@Mayfmeyf) asked Angos why they had to try so hard to make the actors’ skins darker, Angos explained that in the script, the desert people were brown because the dirt and sand stick to their skin. 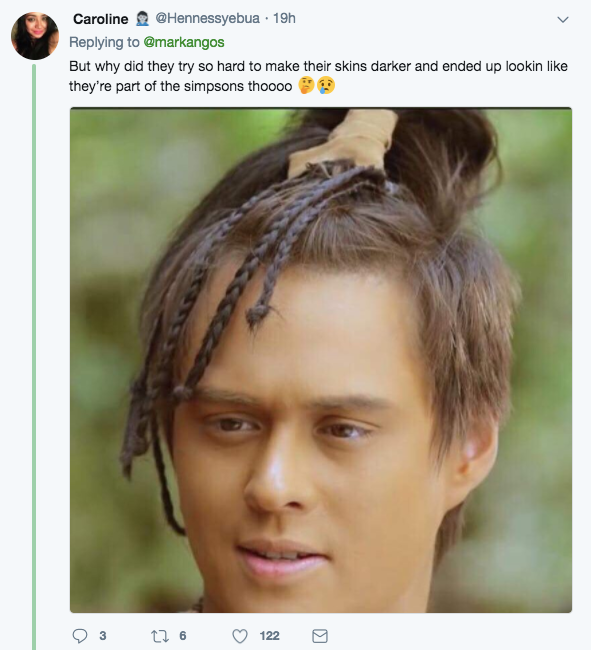 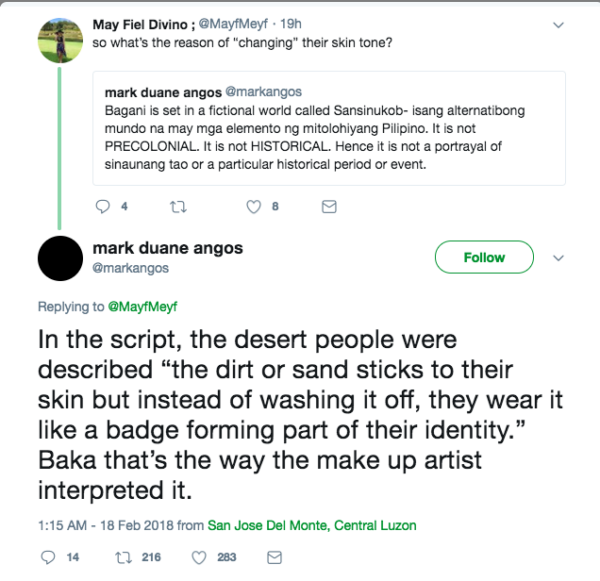 Angos posted days ago too, in Feb. 9, that although colorism is real, using it as a bullet to demonize mixed Filipinos is disgusting.

Yet despite the warring opinions and debates surrounding the casting of “Bagani”, Angos still chose to look at the hopeful side of things: that there is discourse happening.

(The silver lining here is we are talking about the etymology of “Bagani”. A Filipino concept, Filipino-made. Long live, Filipino fantaserye!)

Political correctness is a tricky thing, but there is no escape from it, it seems, as it pervades even the seemingly inconsequential aspects of our daily lives, from the terms we use to the television shows that we watch. But perhaps one thing not to be missed in the release of “Bagani” other than the casting is the fact that it’s an attempt to unearth and bring back to light the richness of our folk stories and mythologies.

It may be imperfect, hence the criticism and discourse, but it’s one step in putting such issues to the center. One thing is for certain: we — creatives and audiences — may be moving in the right direction. JB