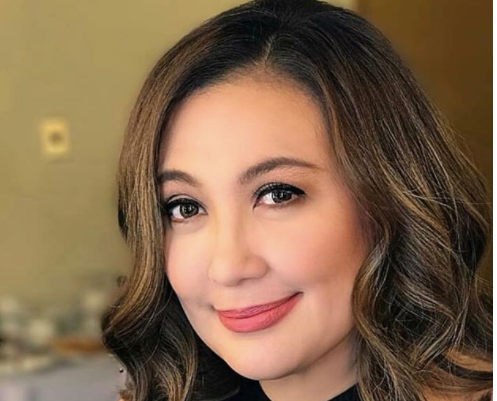 Mega Star Sharon Cuneta was nothing but honest when it came to answering questions thrown her way by broadcaster Korina Sanchez during their “Rated K” interview, aired Sunday night, March 4. It was a rare moment to see a showbiz royalty such as Cuneta on national television absent of all the trimmings and frills that go with keeping an image in the entertainment industry, baring only her heart and soul — no holds barred.

While some may only be aware of the highlight reel of Cuneta and ex-husband Gabby Concepcion’s whirlwind romance, Cuneta did not hesitate to reveal the behind-the-scenes moments of what once seemed to be the biggest day of her life: their wedding in 1984. Their wedding then was considered a historical feat in the world of showbiz and for the entire nation as well, as loyal fans tuned in on the grandest wedding of the hottest love team of that generation.

It seems, however, that it wasn’t all sunshine and roses during Cuneta’s big day. Cuneta told Sanchez she was very tired during her wedding as she was already pregnant then with eldest daughter KC. “I was naglilihi na then,” shared Cuneta. “In the middle of the ceremony, I remember sabi ko, I was telling Gab, ‘I really need to throw up, kasi sukang suka na ako.”

(I was already pregnant then. In the middle of the ceremony, I remember saying, I was telling Gab, ‘I really need to throw up, because I really already feel like vomiting.) 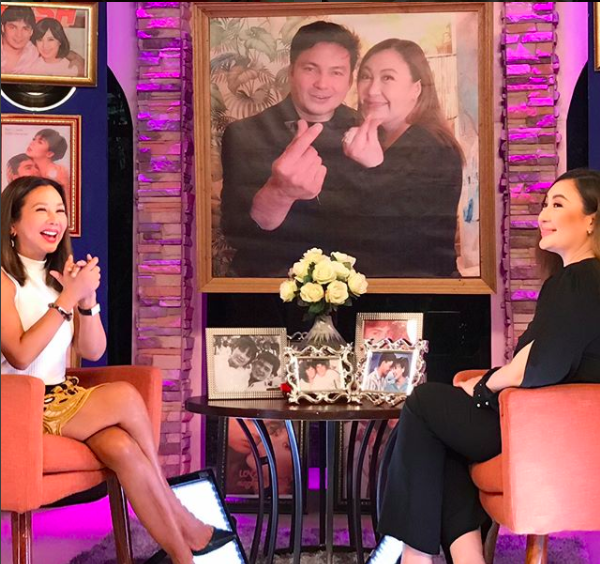 Her misfortune didn’t end there, too. Apart from the unexpected bout of nausea she had to endure during the wedding ceremony, Cuneta divulged that the church altar was ruined since the main doors were opened, and wave after wave of fans poured inside the building. 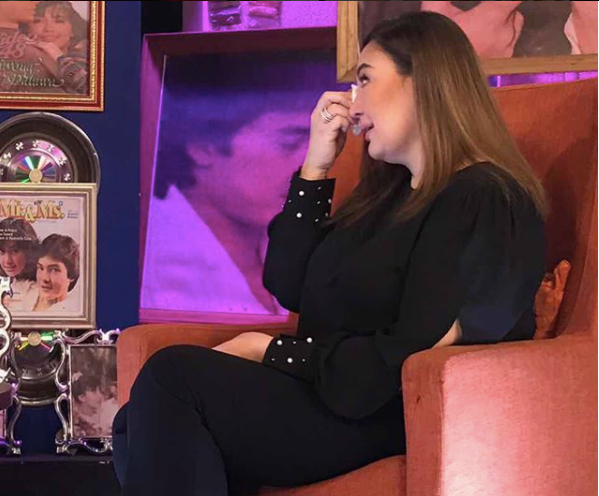 Cuneta couldn’t help but tear up from her reminiscing. Image: Instagram/@thisiskorinasanchezroxas

Their seemingly fairy tale story was short-lived, too, as Concepcion and Cuneta separated just two years after their wedding. Cuneta couldn’t help but get emotional and tear up as she got carried away in her reminiscences and reveries.

She wiped her tears away, saying, “He met someone else and he chose her. That’s ok, that’s a long time ago. I have issues Korina na, people think, they call you Mega, people think you have everything. I’ve always felt I was never enough for any man, since my first husband. So it’s… you know, I know how to channel lang my energies. Every time before if I go out on TV, I have a license to be happy. Isip at puso naman, ‘wag puro puso (Mind-and-heart it should be, not all heart).” 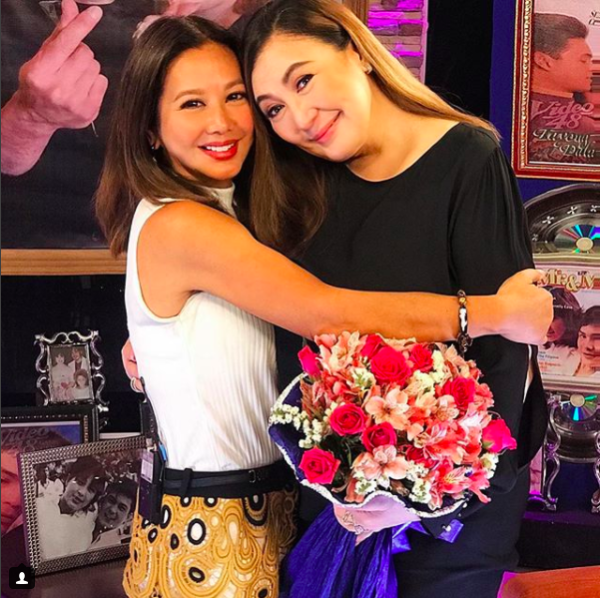 Sanchez and Cuneta together after the Rated K interview. Image: Instagram/@thisiskorinasanchezroxas

Nausea during the ceremony, a stolen wedding veil, a ruined altar, and a bridal car with an exploded exhaust pipe. Perhaps these were all telling signs, bad omens and red flags the universe was trying to send to Cuneta. Or, perhaps, they were really just that: a series of unfortunate events.

Cuneta’s revelations and tears appear not to be borne out of bitterness, however, nor were they a product of her inability to “move on” from her ex-husband. The honesty of her emotions, it seems, is stemmed from decades and decades of her being quiet and in the dark, and when now finally given the chance to vindicate herself, Cuneta found herself overwhelmed in her release.

When last asked about the possibility of a “ShaGab” movie in the future, Cuneta only had this to say: “Depende kay Gabby at sa Star Cinema.” (It depends on Gabby and on Star Cinema.) Cody Cepeda/JB

Read Next
LOOK: Pokwang’s baby Malia meets grandparents
EDITORS' PICK
Metro Manila posts lowest temperature yet this ‘amihan’ season at 19°C
Acer starts the year off strong with the Aspire Vero National Geographic Edition
Over 3 Million worth of prizes to be won at Smart Padala’s SENDali Manalo Promo!
Gear up and get ready to play with Yamaha Mio Gear
DOH: 28,471 new COVID-19 cases in PH; active cases now 284,458
On Day 2 of implementation, gov’t says workers now exempt from ‘no vax, no ride’ policy
MOST READ
Lucky plants to grow in 2022
Derek Ramsay on being married to Ellen Adarna: ‘Gumaan ‘yung mundo ko’
Cristalle Belo on raising her kids in Australia: ‘We set limits’
Unvaccinated has rights but also has limits—DOJ
Don't miss out on the latest news and information.