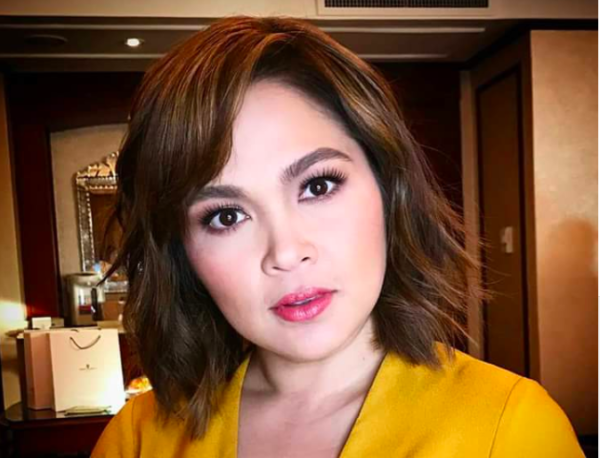 “Judy Ann’s Kitchen” may sound like every gourmand’s haven, but veteran actress Judy Ann Santos doesn’t pretend to be a world class chef nor a domestic goddess who imperiously rules the enigmatic world of her kitchen. Instead, Santos prefers to stick to her tried and true culinary ways, such as “The Art of Winging It”, sometimes involving questionable and mystical techniques, as when putting a metal fork in a simmering pan of meat stew, for example.

It’s exactly what she shared last night on Instagram, where she posted an odd clip of the dish she was cooking. What looked to be pork cubes in brown sauce bubbled on the stove, and in the middle of the pan, the tines of a metal fork can be seen.

“Ganito ka rin ba magpalambot ng karne? #NanayBinaystip, (Do you also soften your meat this way?)” Santos cheekily asked her followers. It is uncertain whether the fork really helps in softening the meat, but Santos stays loyal to the cooking techniques of Sabina Domangas Quintana, fondly called Nanay Binay, her longtime nanny who passed away last year.

Her followers, however, were divided in their opinions. While some shared that their elders do the same thing, others were skeptical.

Another (@arcelyn2010), on the other hand, asked, “Gumagana po ba ito? (Does this work?) I’m just worried about toxic leaching from the stainless steel utensils?”

One (@ladyboss0311), too, couldn’t help but joke, “Samahan na din po ng plato. Para ready to serve na po.” (Might as well include plates in there, so it’ll be ready to serve.)

Santos’ refreshing antics in the kitchen are a pleasure to her fans, who tune in on YouTube every Saturday for new episodes of “Judy Ann’s Kitchen”. While some of her recipes seem daunting at first, Santos carries on with her a natural humor, which makes her relatable and even more lovable.

(Now, we’ll make lengua, but I’ll make it in the form of a pie. It’s a cross between shepherd’s pie and lengua. Don’t worry, I’m not a master at this. In fact, this is the first time I’ll be doing this.)

And in the airing of her first episode back in October, where she shared a bánh mì recipe, Santos went to check over her pork, only to realize she had forgotten to turn the stove the entire time.

It seems even someone like Santos, viewed by most of her fans as a superwoman, still has a lot to learn in the kitchen. And while the learning curve of cooking can be a pain, her followers won’t ever have to feel alienated as she, herself, shamelessly shows that she is not perfect, and that it’s totally okay to laugh at yourself — even if you’re someone like Judy Ann Santos. JB