Fans excitedly greeted influencers Wil Dasovich and Alodia Gosiengfiao when they made touchdown Tuesday in Manila.

“Wilodia” posters hung on rails as the couple approached the crowd. 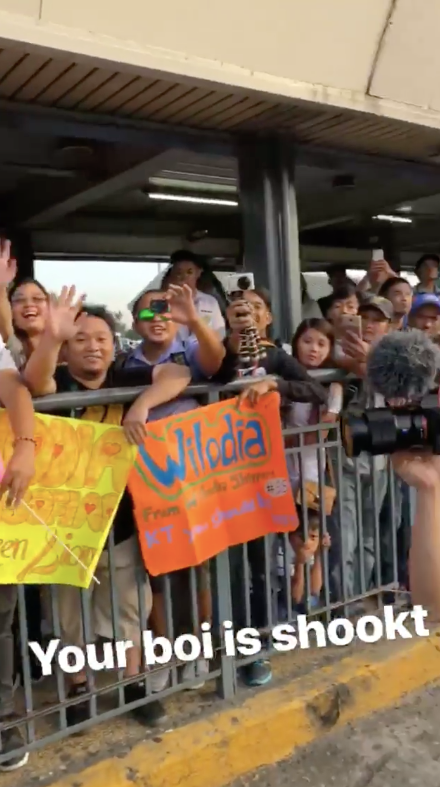 They officially confirmed their relationship on Valentine’s Day after months of speculation.

“We’re back,” Dasovich announced on his Instagram Stories while in a van with Gosiengfiao. “Salamat sa lahat (Thank you to everyone)—all those people who greeted me in the airport.” 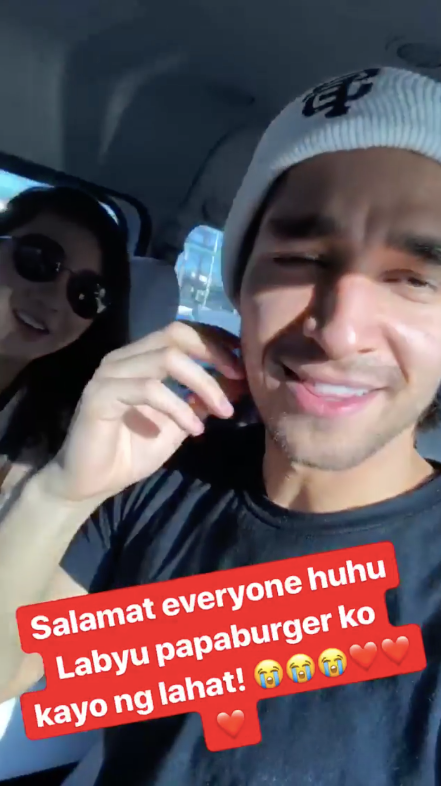 “Naging introvert ako (I became an introvert) when I’ve been gone for the last six months,” the usually energetic YouTube star admitted. “But I love you!”

The Fil-Am vlogger has been based in San Francisco for colon cancer treatment since he was diagnosed in August 2017. After undergoing chemotherapy and surgery, Dasovich has been declared cancer-free.

He said in an ANC interview that he is returning to the Philippines to travel and work on deals with various companies.  /ra

Alodia Gosiengfiao to Wil Dasovich: ‘My life changed since I met you’