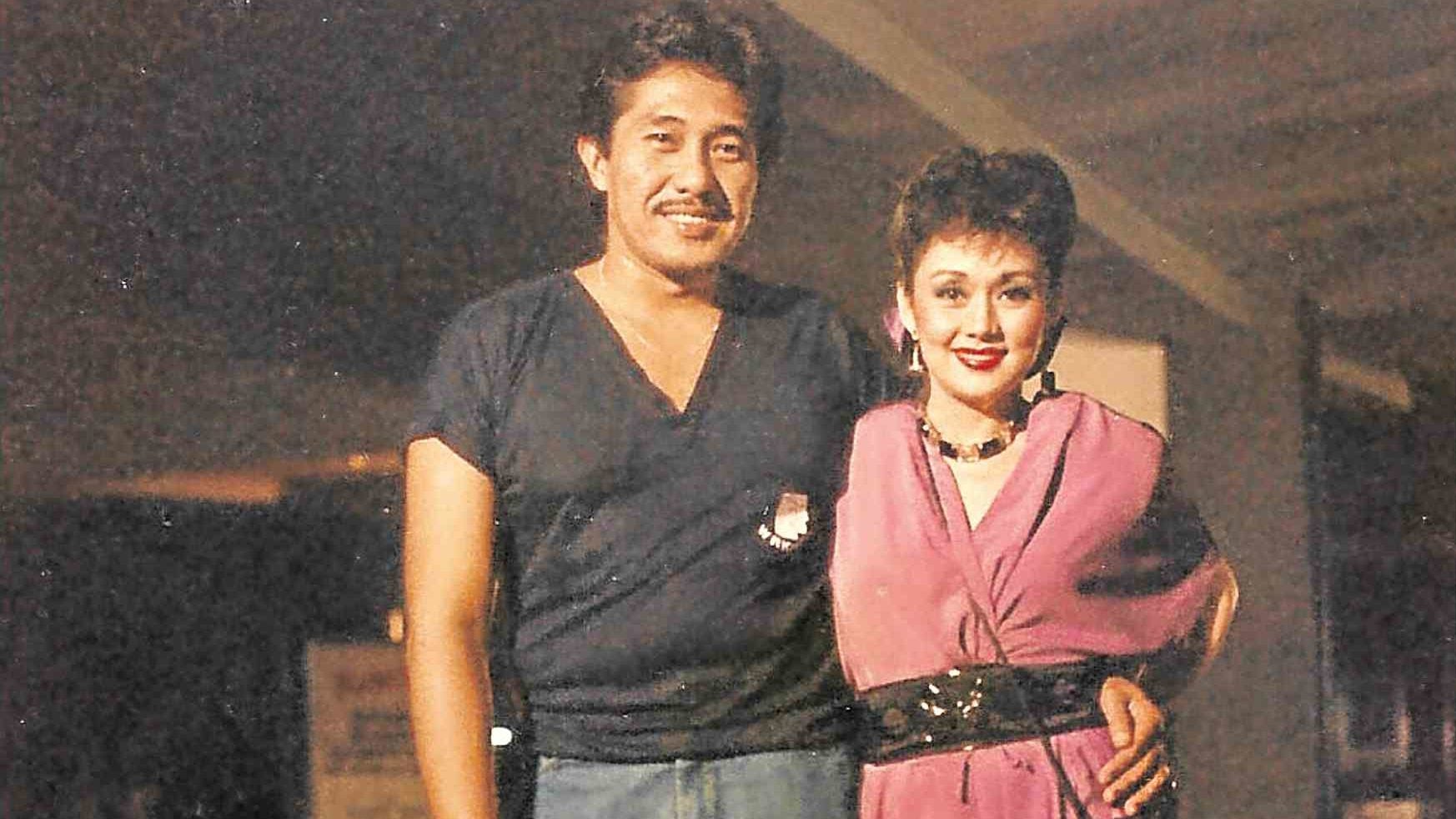 Observers credit the late filmmaker Maryo J. delos Reyes for mentoring some of the brightest discoveries in the movie industry: from Aga Muhlach (“Bagets” in 1984) to Jiro Manio (“Magnifico” in 2003).

But who knew he could also claim the distinction of being the only director to have given an impromptu acting lesson to an industry legend?

Recalls Star for All Seasons and Batangas Rep. Vilma Santos: “He was the teacher in the only workshop I’ve ever attended in my career. It was for the movie, ‘Tagos ng Dugo’ (1987). I was the only woman in the film, and I had seven leading men!”

They reunited on the set of “Sinungaling Mong Puso” (1992). “It’s another favorite. Regal gave me a big bonus because of its box-office success.”

Santos describes her dear friend, who passed away at age 65 on Saturday night due to cardiac arrest, as “clannish.” “He’s loyal to and cares deeply for his small group of friends in show biz.”

Actress-turned-ABS-CBN executive Charo Santos-Concio points out that she got to work with Delos Reyes in his directorial debut, “High School Circa ’65” (1979). Concio relates: “He loved to engage his actors about characterization, life anecdotes and even dialogue. He valued the opinion of his actors and creative team. He made everyone feel that we had a stake in the project.”

Actor Roderick Paulate, who was also in the cast of “High School Circa ’65,” recounts that they met while doing plays for Peta (Philippine Educational Theater Association). “I was 9 years old then, while he was a college student.”

Through the years, they would often reconnect on various projects—for the big and small screens. “It was like being directed by a sibling,” Paulate explains. “He was appreciative of my work. If we were doing a comedy, I’d hear his laughter emanating from the OB van. If we were doing drama, he’d tell me to prepare ahead of time. But he was fun on the set. He was bungisngis. (He giggled a lot.)”

Another Peta colleague was filmmaker Joel Lamangan, who considers Delos Reyes as his sensei in the biz. “He emphasized that filmmaking, aside from being an art form, was also a business endeavor. After watching my first film, he told me: ‘Make a mark. Let your film speak for you.’”

“Bagets” singer-actor Raymond Lauchengco vividly remembers a day on the set of “Saan Darating ang Umaga” (1983). He had just finished recording the film’s theme song, composed by the George Canseco, no less.

Upon Lauchengco’s arrival on the set, Delos Reyes immediately asked if he could listen to the song. Since there was no cassette player available on location, they played the tape in Lauchengco’s car. 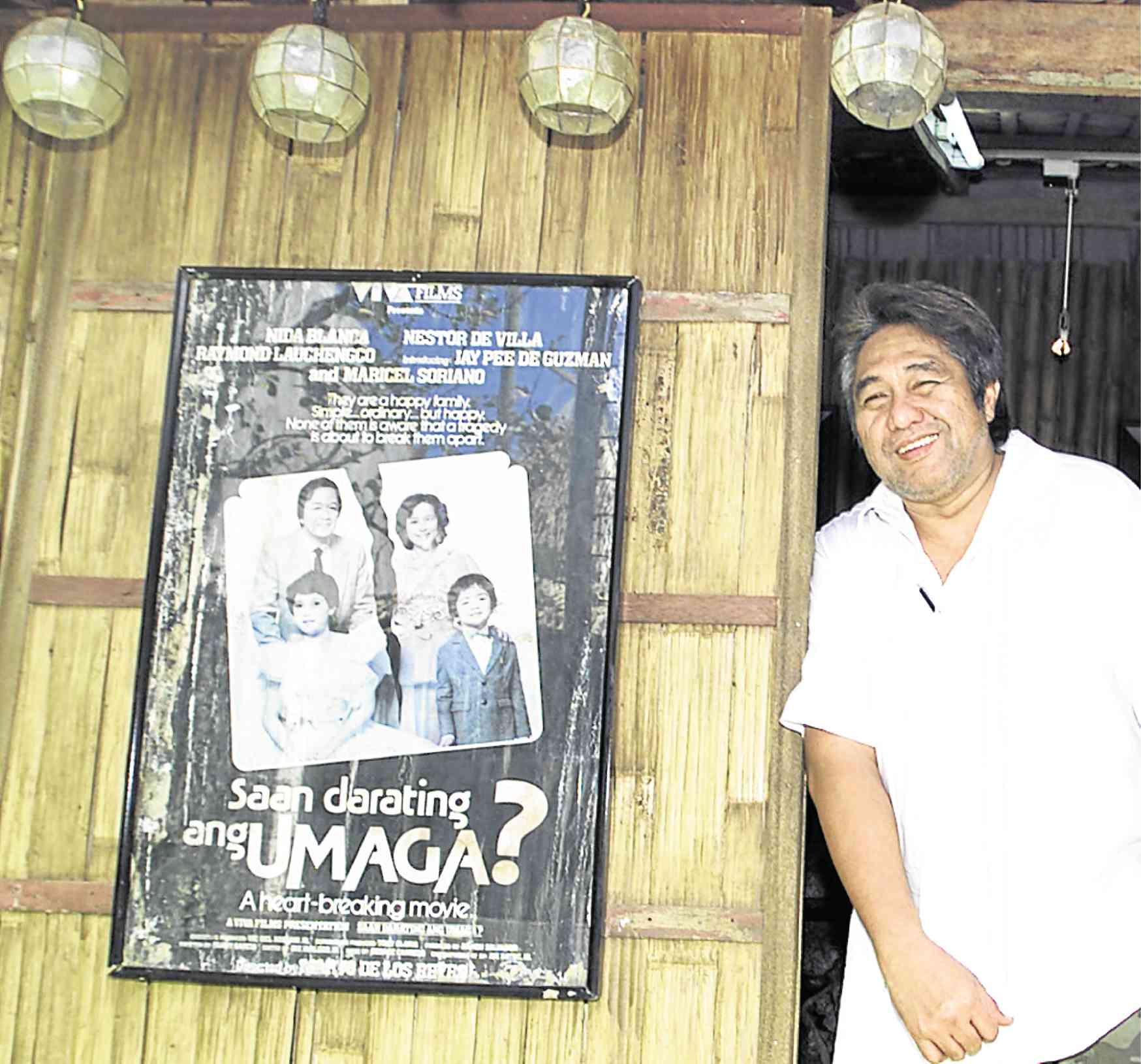 Maryo J. delos Reyes in his rest house in Laguna

As the music played, Lauchengco felt “nervous.” “Direk Maryo was poker-faced all throughout. Finally, as the song ended, he turned to me and very slowly said: ‘It’s beautiful.’ Before I could even say thank you, he was out of the car, looking for my partner Maricel Soriano, because he wanted her to hear my song,” Lauchengco says.

Alma Concepcion was a newly crowned beauty queen when she was chosen to play a pivotal part in Delos Reyes’ “Sa Ngalan ng Pag-Ibig” (1995). “I was scared to fail. My knees were shaking all the time. But he was patient with newbies like me. He never discriminated against anyone—treating newcomers and veterans equally. That showed that his heart was pure and gentle.”

Filmmaker Jun Robles Lana agrees: “He commissioned me to write the screenplay of ‘Sa Paraiso ni Efren’ (1999). I was a novice, but he treated me with warmth and respect. Working with him on many occasions was an incredible privilege. His movies empowered, inspired and truly connected with audiences.”

Filmmaker Paolo Villaluna is grateful to Delos Reyes for “prodding” him to direct. “Even when I was just a Mowelfund staffer, organizing screenings for the directors’ guild, he treated me well.”

Delos Reyes gave his full support to Villaluna’s comeback film, “Pauwi Na,” an entry in the first ToFarm Film Festival, which the late director spearheaded in 2016. “After the premiere, he told me that he was proud to be my producer,” Villaluna looks back. “To hear that from an industry stalwart was inspiring. He was selfless and generous. We lost one of the last giants. But he’ll remain immortal in our hearts and our cinema.”

Actress Lorna Tolentino, who was in the cast of “Magnifico,” remarks: “He put his whole heart into every project, to make it come alive.”

Lilybeth Gomez-Rasonable, GMA 7 senior vice president, singles out a trip to Batanes as the most memorable. “It was just the four of us: Direk Maryo J, Jake [Tordesillas who passed away last year], my husband and me. We were away from the fast-paced city life, no TV, weak cell phone signal.” The real-life Delos Reyes, who was an exclusive talent of GMA 7, was a lot like his films, Rasonable says. “His films spoke straight to the heart. Affecting. No pretentiousness. Simple.”

Talent manager Ed Instrella’s fondest memory of Delos Reyes was also far away from the set. “I loved seeing him in his private resort in Los Baños. Relaxed, with nary a worry in his mind. I saw how he loved and cared for his artists.”

For family and friends, the wake will be at Loyola Memorial Chapels on Commonwealth Avenue until Friday; inurnment will be on Saturday.