Josh Gad on 'Frozen,' Christmas and the wonder of childhood | Inquirer Entertainment 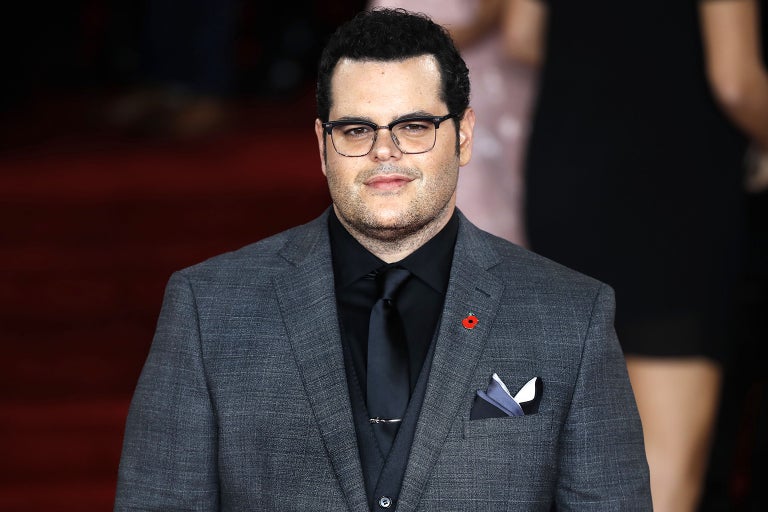 When “Frozen” was being planned five years ago, its star Josh Gad was relatively unknown and its writers’ grandest ambition was simply to tell a story that “didn’t suck.”

Now, Gad is a household name and Disney’s movie is the highest grossing animated feature in history, its infectious refrain of “Let It Go” ringing out in homes worldwide all year long.

The 36-year-old returns with his lovable magical snowman character in a new Disney short, “Olaf’s Frozen Adventure,” which premieres in the US on Tuesday, to be shown before Pixar’s “Coco.”

“Olaf is such a refreshing character because there’s this pureness, this naivete about him, this childlike wonderment,” Gad told AFP in an interview at Disney Animation Studios in Burbank, California.

“It is very much at odds with a lot of the cynical things that we see in our daily lives and on screen.”

Her sister Anna (Kristen Bell) teams up with a mountain man, his playful reindeer and Olaf to redeem Elsa and change the weather.

Since its release in 2013, its $1.3 billion box office and even more lucrative sprawling industry of theme park rides, toys, clothing, video games and home media has made it a cultural touchstone.

“Frozen” is the third highest grossing original movie in history and, until this year’s “Wonder Woman,” the most successful movie ever made by a woman.

Gad, one of three brothers, says he has had a “front row seat” on the precious sisterly bond at the heart of the movie since becoming a father of two girls, now aged three and six.

“That idea of two little girls watching ‘Frozen’ and seeing in many ways a reflection of their own relationship is something you can’t even put into words,” he said.

“It’s so magical being able to share in this process and this experience with them… It’s a dream come true.”

Gad grew up near Miami, in a town fittingly called Hollywood, his imagination fed by a glut of animated classics during what has become known as Disney’s “golden age.”

“It was just back-to-back — ‘The Little Mermaid,’ ‘Beauty and the Beast,’ ‘Aladdin,’ ‘The Lion King.’ That was a crazy time to be a kid and see those movies for the first time in a movie theater,” he recalled.

“At some point, I remember saying, ‘Man, how cool would it be if one day I could grow up and do that?'”

Although he declares himself more spiritual than formally religious, he grew up in a Jewish household and remembers lighting menorahs and eating Chinese food during the festive period.

When he married his Catholic wife, he was thrilled to be able to co-opt fun Christmas traditions — the tree and the lights — into his Hanukkah celebrations.

“I’m making up for lost time and I love it. My wife laughs because she’s like, ‘You’re addicted to Christmas — I’m not sure what’s wrong with you,'” he said.

One imagines the holiday period being a delight for little Isabella Eve and big sister Ava, with stories from the “Frozen” universe being narrated by Olaf himself.

“They’re still tickled by the fact that I can read a ‘Frozen’ book to them and I can’t help but play Olaf as Olaf,” Gad said.

“For them, it’s a cool parlor trick. I think they would be thrilled if one day they found out their mom was Moana.”

A classically trained actor who drifted into TV comedy via Jon Stewart’s “The Daily Show,” Gad went on to star as Le Fou in Disney’s live-action remake of “Beauty and the Beast,” the highest grossing movie worldwide this year.

He can be seen displaying his dramatic chops in the recently released “Marshall,” alongside Chadwick Boseman, and Kenneth Branagh’s “Murder on the Orient Express.”

He confirmed that production has begun on “Frozen 2” but was keeping his cards close to his chest on where the sequel may take Olaf, Elsa and Anna. After that, the world is his oyster.

“I have some opportunities coming up that I think are really interesting and challenging. I’ve never played a villain, I think that would be really fun,” he said.

“I’d like to do something completely transformative, and there’s something I’m working at that could be that, and I’d also love the opportunity to eventually direct.” AB