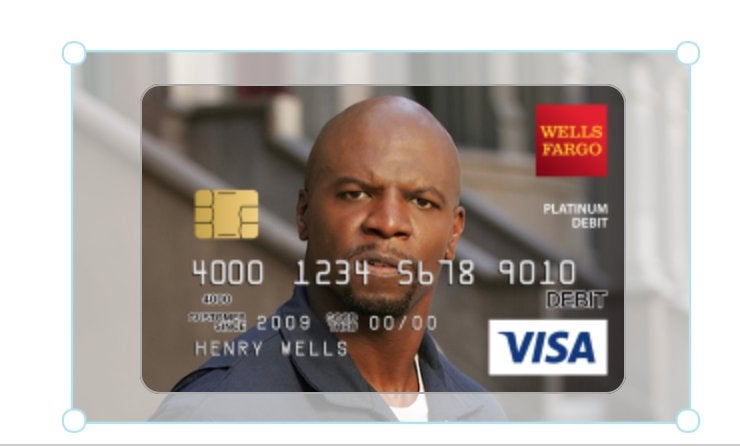 Twitter user Darrel Kennedy recently asked netizens for help in getting Crews’ attention via social media. Kennedy wanted to put a photo of Crews’ face on a new debit card. 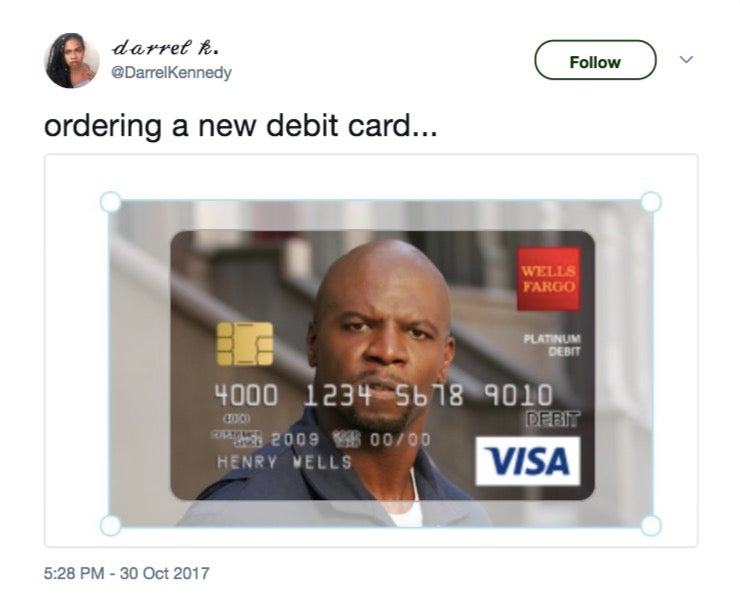 The image she picked had Crews making a “disapproving” expression. Kennedy said this might help her save some money. She was apparently inspired by an old gag post by Crews on Facebook. 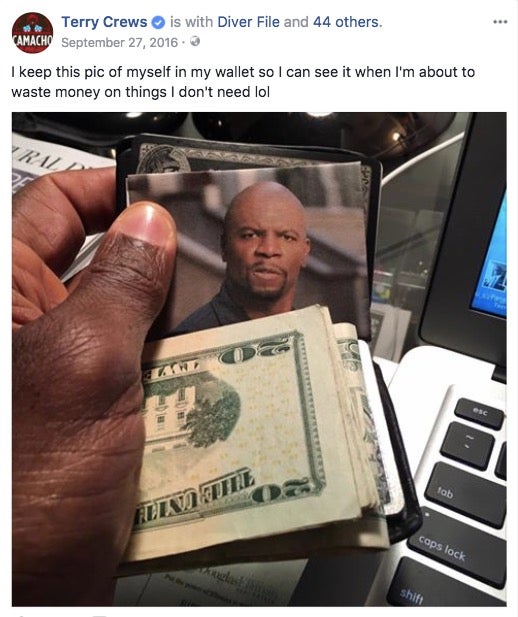 He wrote, “I keep this pic of myself in my wallet so I can see it when I’m about to waste money on things I don’t need lol.”

The bank, Wells Fargo, initially rejected her request, claiming a written approval was needed from Crews to print his face on the card. 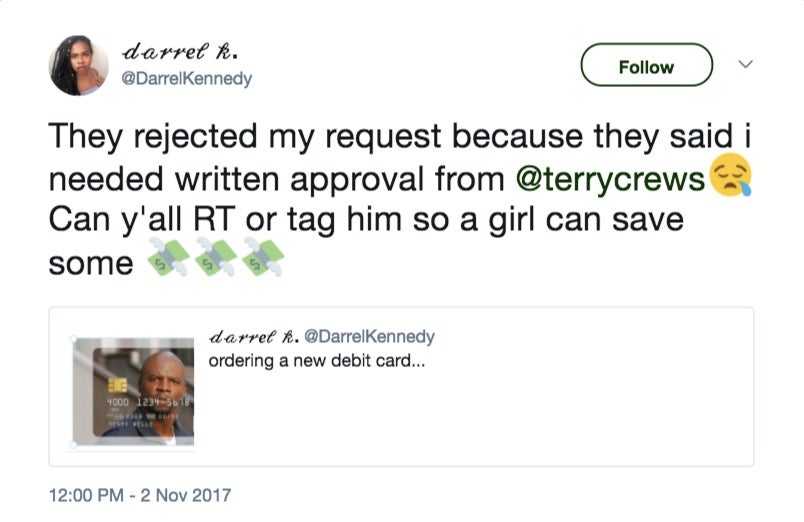 Crews, who once took to social media to get help in building a gaming computer from scratch, got wind of Kennedy’s situation. In a tweet, the actor wholeheartedly gave his approval.

On Nov. 2, Kennedy reported via tweets that Wells Fargo was expediting her request, which had been forwarded to its headquarters for approval. She expects her new “Terry Crews disapproves” debit card within two weeks. 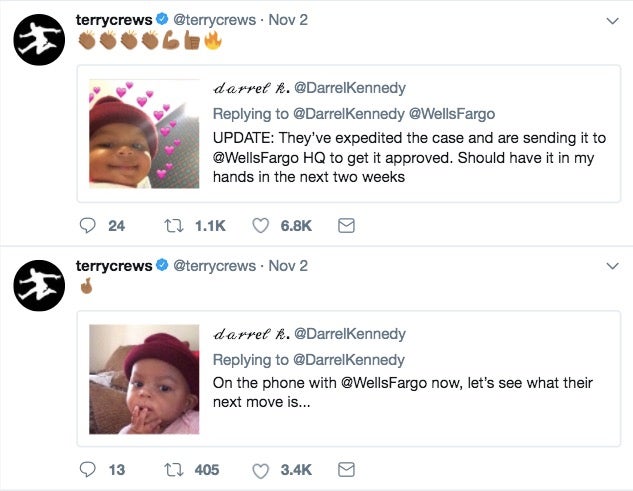 Understandably, some netizens were envious and also wanted to have Crews staring them down whenever they take out their debit card. Someone even thinks he’s a national treasure.

Maybe Crews won’t mind having his face printed on a promotional Japanese snack and have it called “Crewstick”? /ra 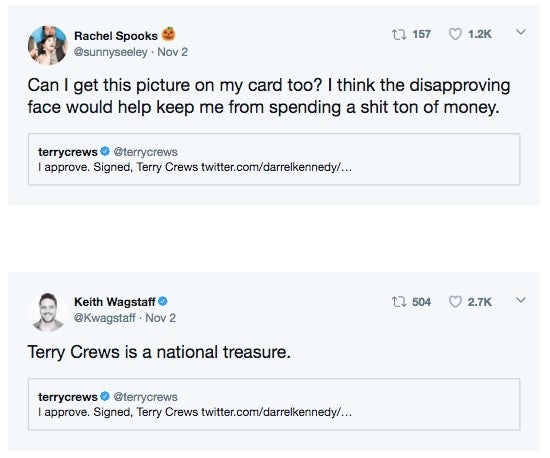