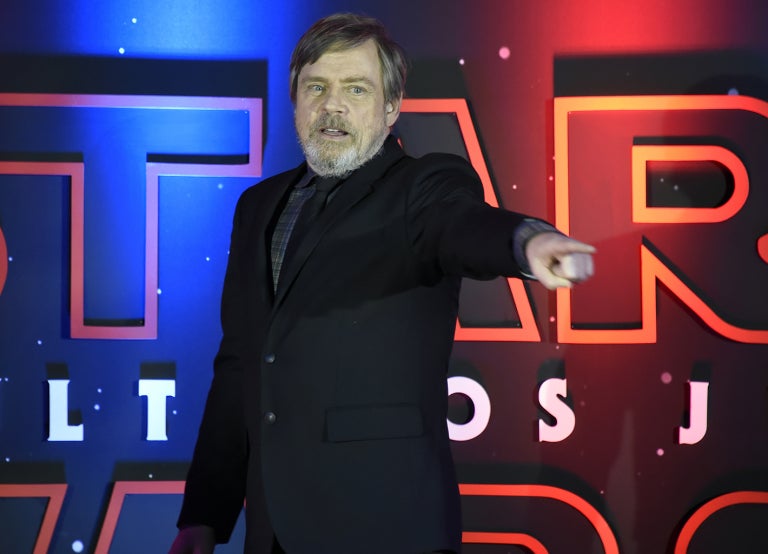 Need a break from reality? In a few short weeks, you can once again get lost in a galaxy far, far away, where a great adventure will take place.

“History repeats itself. We are in a very dark era and people need that escapism,” Hamill told a press conference in Mexico City, where he was promoting “Star Wars: The Last Jedi,” which hits screens worldwide in December.

“Whether they want to go to Hogwarts or the Land of Oz or Middle Earth, it’s a great place to go to forget about your troubles,” he added.

For director Rian Johnson, the “Star Wars” universe created by George Lucas is one of the few things that still offers the world a positive message — and remains relevant.

“No matter what the landscape is or what’s happening … ‘Star Wars’ is much more powerful than any direct political analogy ever could be,” he said.

Written and directed by Johnson, “Star Wars: The Last Jedi” — the eighth installment in the franchise — picks up where “The Force Awakens” left off two years ago, with Rey (Daisy Ridley) looking to Luke to teach her about The Force.

Addressing pressure surrounding the role, Ridley told reporters, “I’m just really lucky to play her and I don’t have the fate of the galaxy resting on my shoulders. I’m just in a film that makes people happy.”

As for Hamill, seeing young girls wanting to be like Rey is “heartwarming.”

“It’s a great thing for the empowerment of female characters,” the 66-year-old actor said.

Along with Ridley, the film sees Adam Driver return as Rey’s nemesis Kylo Ren, John Boyega as Finn and Oscar Isaac as Poe Dameron — as well as the late Carrie Fisher in her iconic role of Princess Leia. AB

Mark Hamill and Carrie Fisher honored as ‘Legends’ by Disney