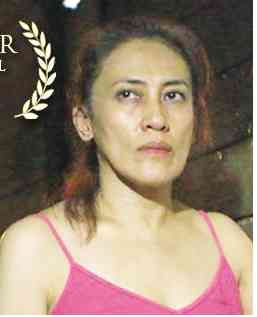 Actress Ai-ai de las Alas proved yet again her prowess in both comedy and drama, as she bagged another acting citation for the independent movie “Area”.

In a recent Instagram post, the actress re-shared a photo of her certificate and medal, from her Best Actress win at the 2nd Los Angeles Philippines International Film Festival.

In the award-winning “Area”, de las Alas portrayed the role of an aging woman who aims to escape the life of prostitution in Angeles City, Pampanga.

The comedy queen was represented by “Area” director Louie Ignacio in the festival. Her post was actually a reposting of Ignacio’s original uploading of the photo. The actress wrote a thank you note along with her reposting of the image.

“Love you, Direk. Thank you for this. Congratulations sa atin.. and thank you din sa Los Angeles Philippines International Award for this prestigious award. To God be all the glory forever. Amen,” de las Alas wrote.