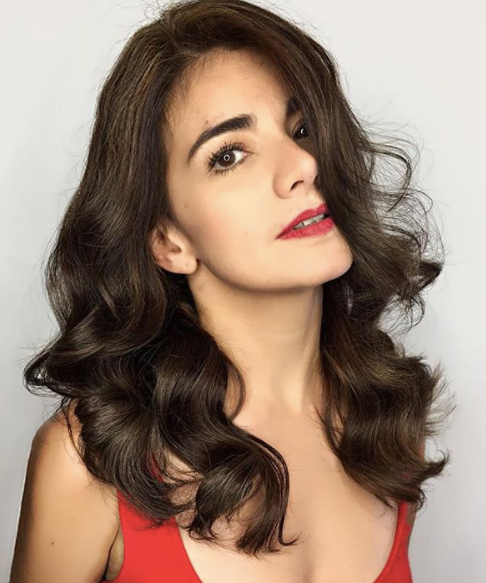 Producer Robby Tarroza poured his anger out on Facebook over rumors that his friend actress-singer Isabel Granada had passed away. Among those who supposedly said that Granada was dead is veteran actress Vivian Velez. Velez’s posts on Twitter and Facebook was allegedly amplified by entertainment columnists Cristy Fermin and Noel Ferrer.

In the supposed Twitter/Facebook posts that have now been deleted, Velez said, “Gone too soon… R.I.P Isabel Granada. Photo taken in Doha, Qatar.”

Netizens quickly reacted to this statement, prompting Tarroza to come out on Facebook to rebuke such claims and slam the purveyors of “fake news.”

In a separate post, Tarroza slammed Fermin for her alleged radio report that the actress was already gone. He also threw in some profanity over Fermin and wished that she died instead of Granada. He also vented his ire on entertainment columnist Jobert Sucaldito.

(Someone told me that it was Cristy Fermin who spread the news that Isabel Granada has died. We should all unite and pray that Cristy Fermin die instead. And bring Jobert Sucaldito with her! These two Judases should die.)

Granada’s family and friends also came out on social media to deny death rumors. Her husband, Arnel Cowley, clarified that the actress is very much alive and is fighting for her life. Former love team partner Chuckie Dreyfus and close friend actress Bianca Lapus also warned the public not to believe such rumors.

Velez’s supposed report that was allegedly amplified by Fermin appeared to be the basis of Ferrer’s story and quoted Tarroza to boot.

In response to the article, Tarroza ranted, “I never said this! This article is quoting me and its the wrong info. Hay Noel Ferrer i hate drugs!!! Some press people shouldn’t be press! And why did you kill Isabel Granada Noel? Di ba may batas na tayo about fake news?”

(…Don’t we now have laws dealing with fake news?) 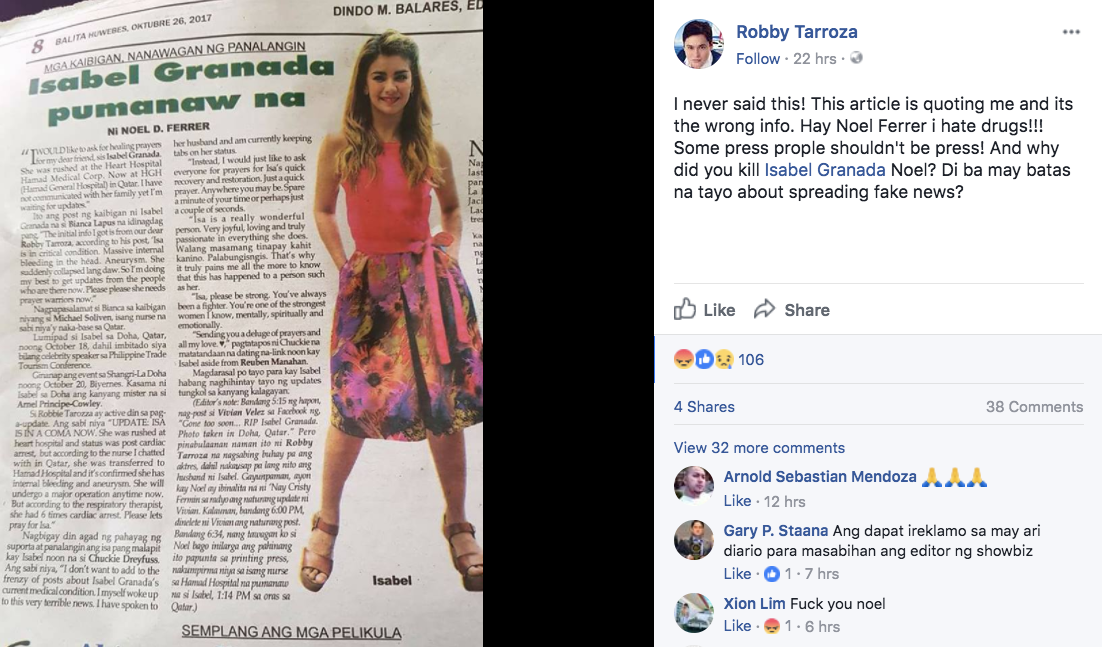 Granada is currently confined at the Hamad General Hospital following massive internal bleeding in the head. She reportedly collapsed during a meet-and-greet event in Doha, Qatar.

Latest reports from Lapus and Dreyfus said she remained stable but still unconscious. Her family and friends have asked people to pray for the actress’ recovery. /ra