Taylor Swift goes bionic in ‘…Ready for It?’ music video 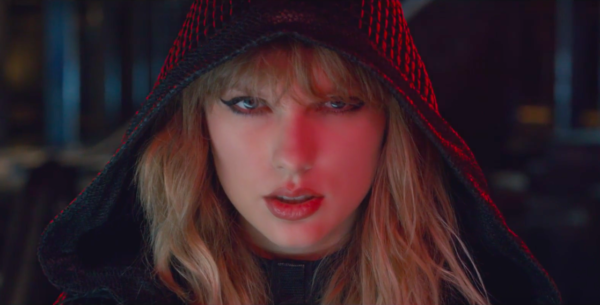 Taylor Swift goes futuristic in her “…Ready For It?” music video.  Screenshot from the music video

In her new single “…Ready For It?” pop star Taylor Swift goes futuristic and destroyed everything in her path with just a touch of a finger.

The music video, which dropped Friday afternoon Manila time, was again directed by Joseph Kahn, who became her frequent collaborator in other videos. This time around, Swift meant business as a cyborg.

This comes two months after she dropped “Look What You Made Me Do,” which left some fans and critics polarized in her song. The video also left a lot of clues for Swifties to find out.

From the trailer alone released on Monday on her Instagram account, the video carries sci-fi themes and pays homage to anime.

…Ready For It? Official Music Video out Thursday night. #ReadyForItMusicVideo

“…Ready for It?” is the second single of of her sixth album, “reputation,” which is set to be released on Nov. 10. /ra