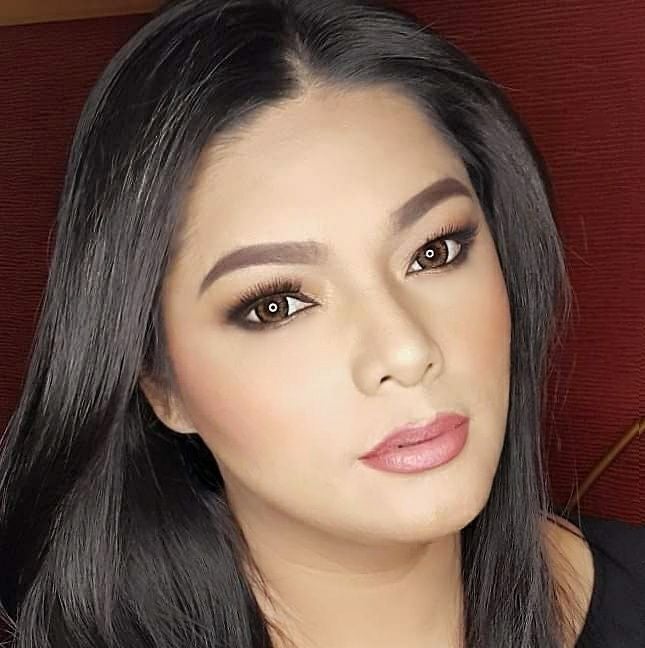 Actress Bianca Lapus went to Facebook again to inform the public that as of 1 p.m., Granada is “still critical and unconscious but stable.”

Granada, who collapsed in a meet-and-greet event in Doha, Qatar, is presently on comatose following massive internal bleeding in the head. She was admitted to the Hamad General Hospital.

Lapus, still asked for prayers for her friend who she describes as “an amazing woman of faith and strength!” 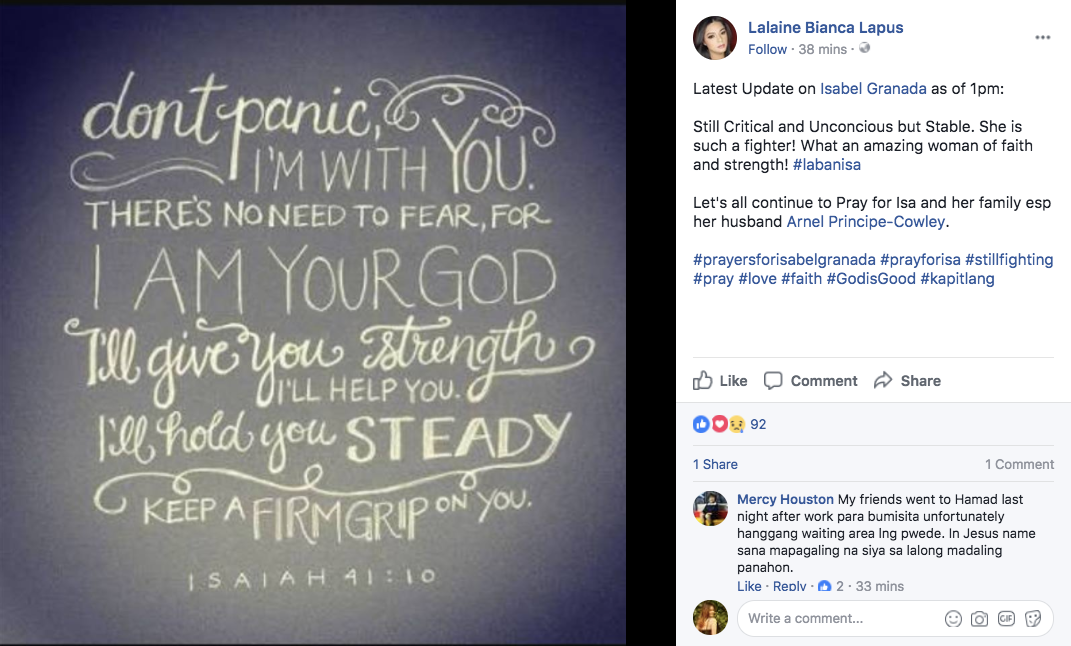 On the other hand, actor-songwriter Chuckie Dreyfus also turned to social media hours earlier to inform people that as of 10:20 a.m., Granada’s condition is “Stable. Vitals are ok. They are praying for her to just wake up. Please continue prayers. Nothing is impossible.”

Not long after news of Granada’s collapse came out, rumors that the actress has already passed on also followed.

Among the examples of wrong information about Granada’s alleged death can be read in a comment thread in one of Lapus’ recent Facebook posts. A netizen by the name of Sagittario Ang Achero said “She past away ryt now.. qatar time.” 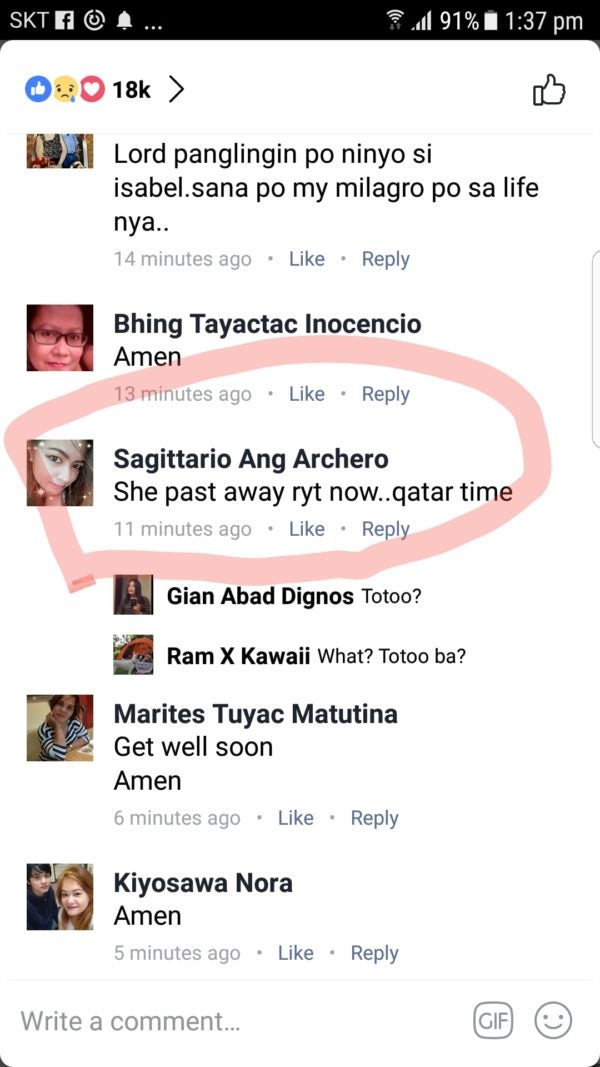 It is because of these false claims that her family and friends came out to clarify that such rumors are not true, and that the actress is still very much alive.

Dreyfus was among the first people who addressed rumors of Granada’s death. 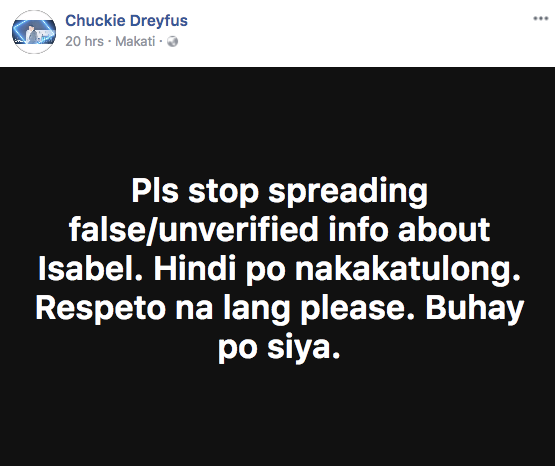 Granada’s family, particularly her husband Arnel Cowley, pleaded to the public to stop spreading such rumors. He clarified that she is still in the hospital and fighting for her life, news that was amplified by Lapus and Dreyfus. JB