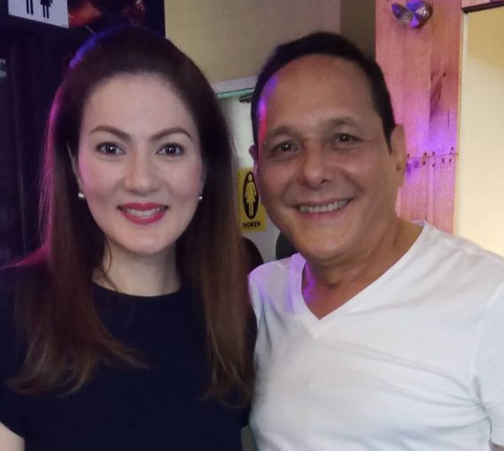 In a recent Instagram post by comedian John Feir, he welcomed back to the set the character of Maricar played by Villaroel.

Talent manager Ronnie Henares also posted a photo with the actress, as he welcomed her back in the show.

Villaroel was among the original cast members of the sitcom at the time it first aired in 2010. It was in 2011 when she moved back to rival network ABS-CBN and starred in a series of programs there.

The 42-year-old actress started her showbiz career in ABS-CBN in the late 1980s. She was part of the original cast of the iconic sitcom “Palibhasa Lalaki” in 1987.

When she moved to GMA in 2003, she became one of the hosts of the now-defunct daily morning talkshow “Sis”, and still got cast in notable Kapuso drama series such as “Darna” in 2005 and “Mahika” in 2006, among others.

Besides reprising her role in “Pepito Manaloto”, she will also be part of the primetime series “Super Ma’am” led by Kapuso primetime queen Marian Rivera. JB