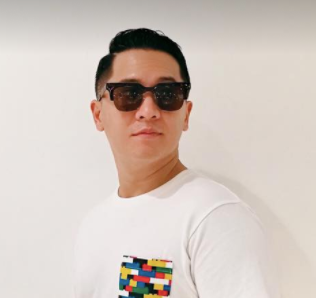 Actor-songwriter Chuckie Dreyfus is asking the public to offer prayers for the speedy recovery of his former on-screen partner and “That’s Entertainment” co-star Isabel Granada.

In a recent Facebook post, Dreyfus expressed shock and despair about Granada’s condition. He stressed that he does not want to add to the frenzy and only hopes for things to get better for the actress. He also stated that he has spoken to Granada’s husband, through whom he is keeping tabs about her status.

Dreyfus’ said, “I would just like to ask everyone for prayers for Isa’s quick recovery and restoration. Just a quick prayer. Anywhere you may be. Spare a minute of your time or perhaps just a couple of seconds.”

According to the former teen actor, Granada is a “wonderful person. Very joyful, loving and truly passionate in everything she does. Walang masamang tinapay kahit kanino (She bears no grudges against anyone). Pala-bungisngis (She laughs all the time).”

He also said that their decades-old friendship which started in their teens goes beyond showbiz. “She is also the person I’ve spent more than half of my life with in and out of showbiz. That’s why it truly pains me all the more to know that this has happened to a person such as her,” he said.

In closing, he sent out his love and prayers for Granada:

“Isa, please be strong. You’ve always been a fighter. You’re one of the strongest women I know, mentally, spiritually and emotionally. Sending you a deluge of prayers and ALL my love.”

In another post, he also appealed for people not to believe rumors about Granada’s death, as she is still alive:

Granada is currently in comatose following reported multiple cardiac arrests, and internal bleeding out of aneurysm. The news of her current condition leaked to the public through the Facebook post of her friend, actress Bianca Lapus. Granada was admitted at the Hamad General Hospital in Qatar.

Reports have also stated that the 41-year-old actress suddenly collapsed while in a meet-and-greet event in Doha, Qatar.

Among the movies Granada and Dreyfus have done together were “Magic to Love” in 1989 and “Lessons in Love” in 1990. JB