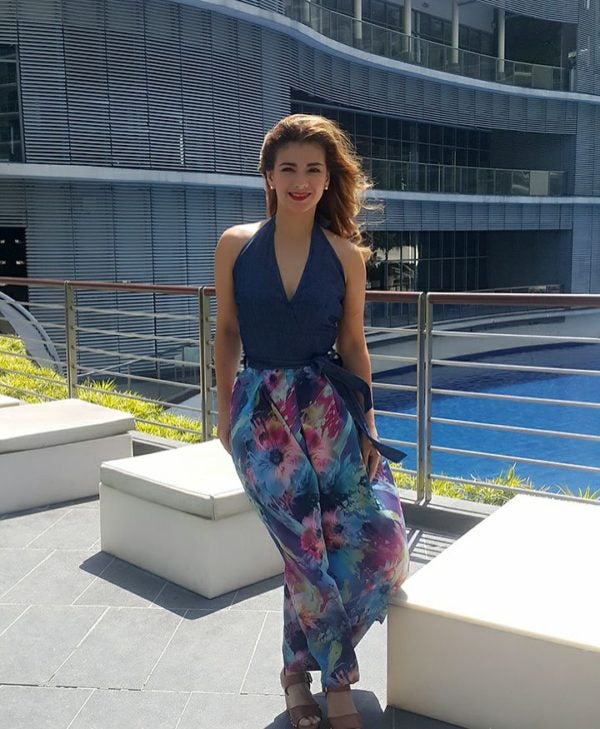 Actress-singer Isabel Granada is reportedly in a coma at a hospital in Qatar after suffering from multiple cardiac arrests, a Radyo Inquirer report disclosed on Wednesday morning.

The radio report was citing information from a Facebook post of Granada’s friend-actress Lalaine Bianca Lapus, stating that Granada suffered from internal bleeding and aneurysm, and is currently admitted at the Hamad General Hospital.

According to Lapus, Granada suddenly collapsed and was immediately rushed to the hospital.

The Radyo Inquirer report also said that the information was likewise confirmed by another friend of Granada – actor Robby Tarroza.

“I would like to ask for healing prayers for my dear friend, sis Isabel Granada She was rushed at the Heart Hospital Hamad Medical Corp. Now at HGH (Hamad General Hospital) in Qatar. I have not communicated with her family yet (I’m) waiting for updates. (B)ut the initial info I got is from our dear Robby Tarroza, according to his post Isa is in Critical Condition. Massive internal bleeding in the head. Aneurysm,” Lapus stated in her Facebook account.

“She suddenly collapsed (lang) daw. So (I’m) doing my best to get updates from the people who are there now. Please, please she needs prayer warriors now,” she also wrote.

“ISA IS IN A COMA NOW. (S)he was rushed at heart hospital and status was post cardiac arrest, but according to the nurse (I) chatted with in Qatar she was transferred to hamad hospital and its confirmed she has internal bleeding and aneurysm. She will undergo a major operation anytime now. But according to the respiratory therapist she had 6 times cardiac arrest. Please (let’s) Pray for Isa,” the actress wrote.

In another Facebook post of Tarroza at around 4:50 p.m., he said Granada remains in coma but her vital signs are currently stable. The doctors would be preparing her for surgery soon, he added.

“So I found out that Isabel Granada is stable now. Her vitals are anyway, Still in a coma but stable. So they should be preparing her for surgery soon. Let’s all keep praying. She is indeed a fighter! Go Isa! fight pa sis! God give Isabel back to us,” Tarroza said, citing information from Granada’s husband, Arnel Cowley.

Based on Granada’s Facebook posts, she was invited as one of the special guest speakers in the Philippine Tourism and Trade Conference in Qatar that would be held in Shangri-La Hotel-DOHA on October 20, 2017. Granada would speak at the conference as Director of StarNet, a networking company that offers health and beauty products owned by her husband.

The outpouring of well wishes and prayers for the actress’ fast recovery from friends and fans flooded Granada’s social media account as of posting.