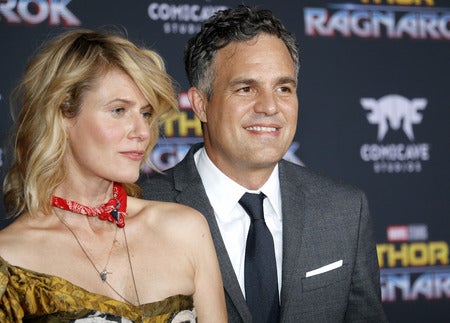 Mark Ruffalo has been vocal about fighting sexual aggression, following news that Hollywood executive Harvey Weinstein has been taking advantage of actresses for decades.

On Twitter, he condemned Weinstein’s gross sexual misconduct, stating that it was “a disgusting abuse of power and horrible.”

The “Avengers” actor now calls for men to be part of the solution in ending rape culture using the hashtag #HowIWillChange.

For his part, Ruffalo vowed in a tweet, “I will never catcall a woman again.”

“Growing up we were taught from watching movies that a catcall was a compliment. I would do it to friends and girlfriends.”

It was his wife, French-American actress Sunrise Coigney who taught him to be better.

“Sunrise clued me in that it was totally inappropriate. Not cool. Not a compliment. Gross.”

I will never Cat call a woman again. Growing up we were taught from watching movies that a cat call was a compliment. I would do it to friends and girlfriends. Sunrise clued me in that it was totally inappropriate. Not cool. Not a compliment. Gross. #HowIWillChange

Responses to the hashtag include men promising to call out harassment and to speak up when they hear sexist statements.

Calling out harassment when I see it. As for the people saying #NotAllMen, no it’s not all men, but it’s too fucking many. #HowIWillChange

#HowIWillChange: I will confront anyone who make sexist statement about women even as silly jokes.

There were also vows to stop victim-blaming and standing up for women in uncomfortable situations.

I will never blame a victim, and I will never stand and watch as a man makes unwanted advances on a woman #HowIWillChange

Ruffalo has also expressed support for the #MeToo movement, which encourages women around the world to tell their personal story of sexual assault and harassment.

Thank you @Alyssa_Milano for reintroducing this important movement. #MeToo https://t.co/3DSGxfaKll

“The more we make space for women to feel safe to come out, and us men have got to stand up and protect them and say it is wrong, the quicker kind of things like this will stop,” said Ruffalo at the Sydney premiere of “Thor: Ragnarok”. JB