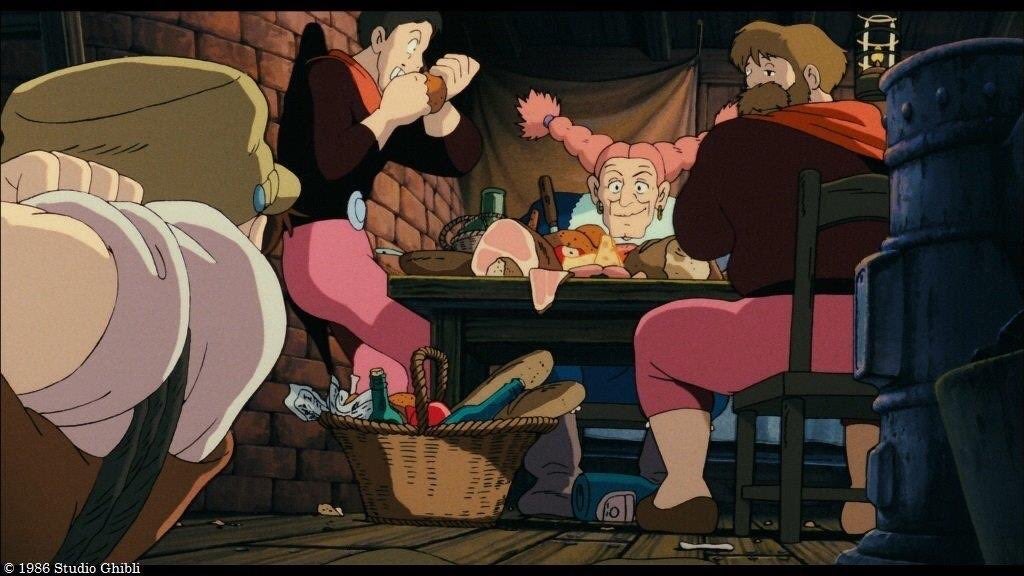 In celebration of airing the classic “Laputa: Castle in the Sky”, Nippon TV revealed that one of the characters in the film was modeled after Miyazaki’s mother.

The bit of trivia was revealed through two tweets on Nippon TV’s official Twitter account. It stated that Miyazaki had modeled the authoritative yet loving and lively leader of the sky pirates, Dola, from his own mother. 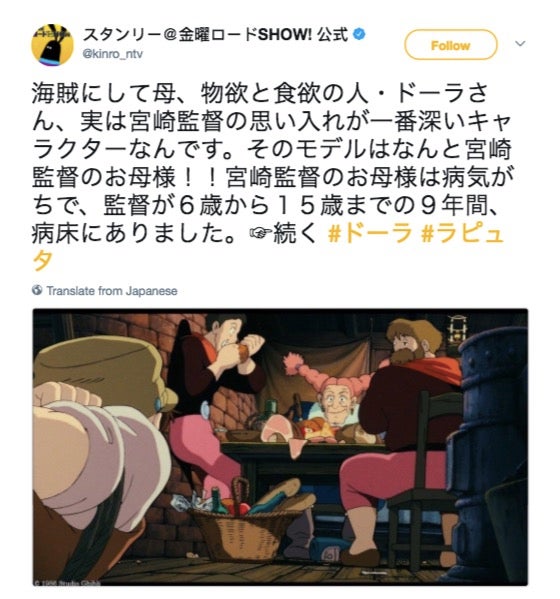 “The leader of a pirate band, Dola is actually one of the deepest characters in the movie. This is because Miyazaki modeled it her after his mother. Miyazaki’s mother was sickly and had been bedridden for nine years while he was between six to 15 years old.” Image: Tweeter/@kinro_ntv

The pink-haired Dola also contrasted with Miyazaki’s mother. While the sky pirate leader was full of life, his mother had been sickly and constantly bedridden. Despite her condition, Miyazaki’s mother was able to exercise stern authority over her four boys.

“Perhaps it was his mother’s strong spirit that reflected on Dola. Director Miyazaki said, ‘My mom had four boys, but none of us dared oppose her.’” Image: Tweeter/@kinro_ntv

“My mom had four boys, but none of us dared oppose her,” recalled Miyazaki.

As SoraNews24 reported, Studio Ghibli films made by Hayao Miyazaki get broadcasted on Japanese TV almost annually, thanks to these films’ enduring popularity with viewers. “Laputa: Castle in the Sky” was recently aired on Nippon TV’s weekly Friday Roadshowmovie slot. JB

‘One-Punch Man’ season 2 being made by different studio, new director