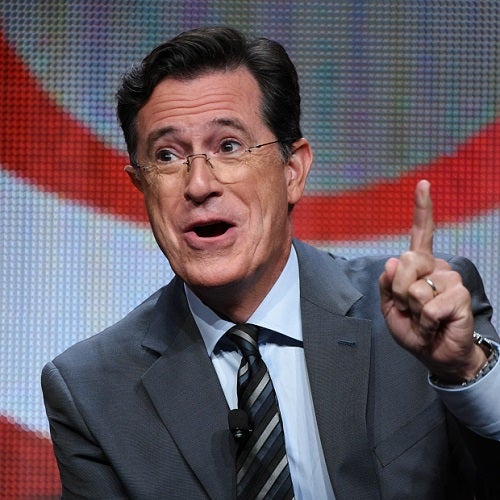 NEW YORK—Comedian Stephen Colbert has signed a deal to produce an animated series about US President Donald Trump, reprising a familiar tangerine-colored character from “The Late Show” for an initial run of 10 episodes on Showtime.

The series, set to debut in fall, will also star the president’s “family, top associates, heads of government, golf pros and anyone else straying into his orbit,” seen through the eyes of an imaginary documentary crew, the channel announced Thursday.

“I know a lot of people wanted to do this, and I’m honored that the Cartoon President invited our documentary crew into his private world,” Colbert said in a statement.

“I’ve seen some of the footage, and I look forward to sharing the man behind the MAGA,” he added, referring to Trump’s campaign slogan “Make America Great Again.”

Colbert took over “The Late Show” on CBS in late 2015, but only hit top gear after Trump’s election.

He beat his main late show rivals Jimmy Kimmel (ABC) and Jimmy Fallon (NBC) this season thanks to his brand of politically charged humor — the first time CBS won the ratings battle since 2010.

Colbert’s two-dimensional Trump caricature appeared on a segment during his live coverage of the presidential election last year before becoming a recurring character on his show.

Colbert will team up with Chris Licht, his executive producer on “The Late Show”, for the as yet untitled project.

Read Next
Abra takes his love affair with rap music to the big screen
EDITORS' PICK
Geek out at TOYCON 2022 powered by Smart Signature
House energy committee chair Arroyo bats for cheap electricity
UK’s Boris Johnson will resign, BBC reports
High inflation: Your P1 is now worth only 87 centavos
Unemployment rate up to 6% in May
High-risk pregnancy: Reducing your risk is in your hands
MOST READ
Kim Atienza’s daughter flaunts bikini body in response to critics of her ‘revealing photos’
Judy Ann Santos takes break from shooting cooking videos due to price increases: ‘Parang unfair’
FDA probes popular Filipino noodle brand for ‘high level of ethylene oxide’
Japanese artist who created ‘Yu-Gi-Oh!’ found dead in the sea
Don't miss out on the latest news and information.