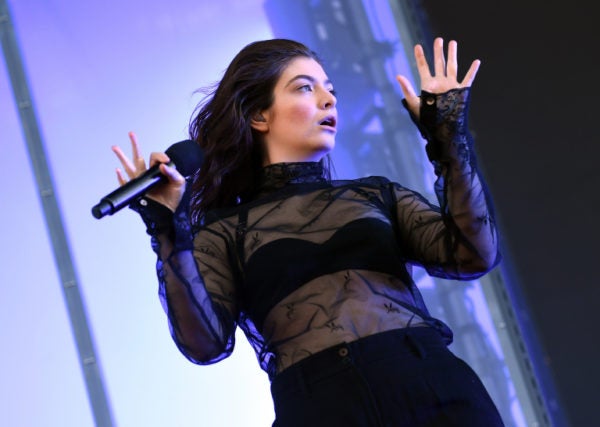 Lorde has released “Sober”, the fourth offering that samples from her upcoming album.

The 20-year-old New Zealand singer Lorde released her debut EP “The Love Club” in 2013. She had had a major-label development deal since age 12, when she was discovered by way of a performance at a local talent show.

But “Pure Heroine”, released later in 2013, for which Lorde wrote all the lyrics and co-wrote the music, yielded the global smash-hit “Royals”. It was the first song in 17 years by a female solo artist to top Billboard’s alternative chart, and it was praised by everyone from David Bowie to Bruce Springsteen. Her songs were celebrated for capturing the drama and fun of being a teenager, while maintaining a great self-awareness.

Lorde has just shared a new song, “Sober”, which she took to Twitter to describe as “this really intense booming slow synth thing with a drum outro for ages,” which features “sprawling brass and strange vocal syncopation.”

This track follows three other songs (“Green Light”, “Liability” and “Perfect Places”) off the singer-songwriter’s upcoming album, “Melodrama”. The sophomore full-length arrives in its entirety on June 16.

Lorde is set to embark on a major fall tour to promote her new record later this year, beginning in the United Kingdom and Europe before heading to Australia and her native turf, New Zealand; she’s starting in Manchester in September and ending in Melbourne in November. American singer Khalid is joining her as an opener for all of the dates.

“Melodrama” is out June 16 via LAVA/Republic. JB