Kiko Matos admits drug use in his teens 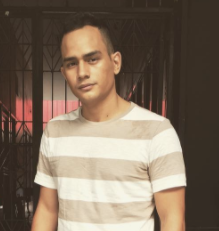 Indie actor Kiko Matos admitted to have tried drugs in his teens.

At a time when anyone involved in illegal drugs will surely face the claws of the law, indie actor Matos admitted that he had once tried it and is proud enough to say that thankfully and successfully, he stopped before it’s too late.

“I won’t deny it. As a person growing up, maraming (there were lots of) temptations. I was hooked when I was a teenager,” he said in his interview with Philippine Entertainment Portal.

The actor shared that he used shabu and ecstasy when he was between 18 and 19 years old, sometime during 2008 to 2009. He also revealed in the report that his drug problem started when he ran away from home, and was introduced to drug use by his friends. He shared that all these happened during a dark time in his life, and drugs were giving him the high he needed.

He said his turnaround came after a pivotal meeting with an older man with whom he had a drug use session.

(When I saw him, I said to myself, ‘He’s already 30 years old; what happened to him?’ Then I felt ashamed of the thought of going to rehab, I felt that I wasn’t too addicted. So I just stayed away from those people.)

Unlike those who lost themselves to drugs, Matos awakened before it’s too late. He realized the damaging physical and psychological effect of illegal drugs on him, and this finally made him quit his drug use.

Matos previously figured in an altercation with the equally controversial Baron Geisler, which ended in a cage fight courtesy of Universal Reality Combat Championship. However, recently, it was revealed that the feud between the two actors was staged for an eventual book and movie project. JB

Getting to know Kiko Matos