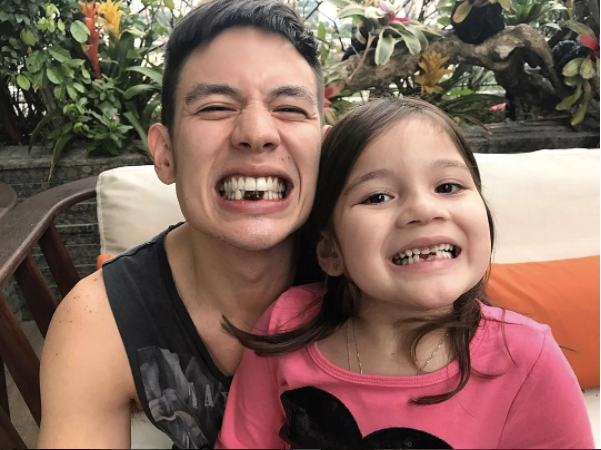 Jake Ejercito did not mince words when he warned a troll to stay away from his daughter. In the process, he also issued a warning to other trolls, telling them their happy days will be over once they touch his kid, Ellie.

In his Twitter account, the son of Manila mayor Joseph Estrada showed his fierce love for his daughter when he reposted the words of a commenter who threatened to involve his daughter in the bashings against him.

(We will involve your daughter. Stop being an attention grabber. Just take care of your daughter so you won’t be useless.)

Ejercito then fought back and said, “Troll on me all you want if it pleases you. But all the fun will stop once you attack my daughter.” 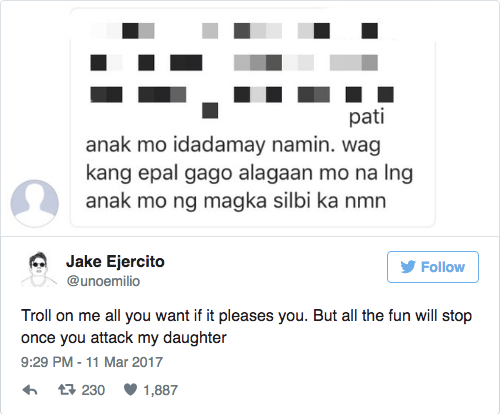 News of Ejercito’s paternity of ex-girlfriend Andi Eigenmann’s daughter was unexpectedly revealed by Eigenmann’s sister, Max Eigenmann, when the latter innocently admitted to radio personality Mo Twister the real father of her niece.

Meanwhile, actor Albie Casiño felt vindicated from years of social torture due to public misinformation, which initially pointed him out as the father of the child. JB

Albie Casiño on Andi Eigenmann: ‘Being civil is different from being okay’