Depeche Mode’s ‘Spirit’ out this week 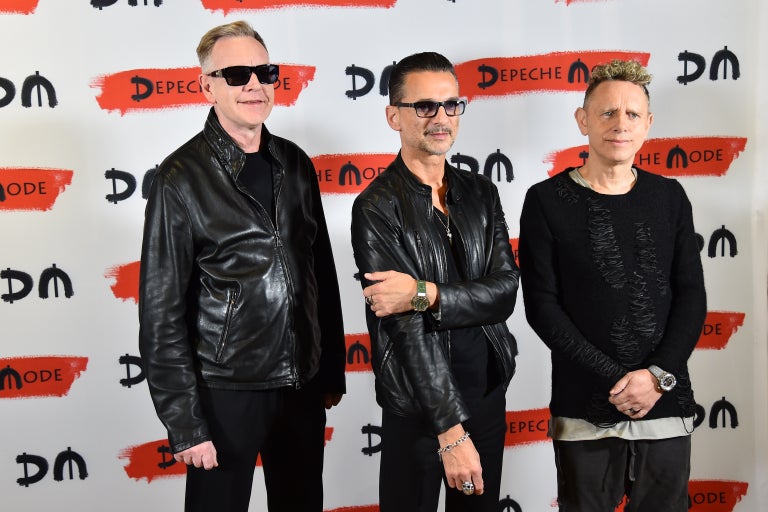 One of the most influential groups over the past three decades, Depeche Mode has released a regular stream of studio albums, compilations and box sets, with new material set to be released Friday.

Depeche Mode formed in 1980 with young musicians from English working-class backgrounds. Initially influenced by then-contemporaries like Human League and OMD, the band mixed moody synth, goth, pop and new wave styles. A review on Pitchfork described a “constant pushing forward of their sound—expanding the vocabulary of what electronics could do in pop songs” when at their best.

“Depeche Mode became megastars to a legion of black-clad, disaffected malcontents,” Rolling Stone wrote in February. Gahan seemingly concurred with this categorization, framing the band as “a little odd, and we’ve always appealed to the odd out there.” To wit, Depeche Mode songs have been covered by everyone on the spectrum from Marilyn Manson to Susan Boyle.

The band recently returned to the recording studio and announced their upcoming release, “Spirit”, produced by James Ford (who has shaped albums for Florence and the Machine, Arctic Monkeys and Simian Mobile Disco). The album follows Depeche Mode’s 2013 “Delta Machine”.

The new single, “Where’s The Revolution”, made the rounds last month. The black-and-white music video was directed by the legendary Anton Corbijn, whose long-standing relationship with the band started with the 1986 video for “A Question of Time” and has spanned 19 videos since. Corbijn, known for his film about Joy Division and music videos for U2 and Nirvana, has also filmed Depeche Mode’s live performances, designed their stage sets and conceived their sleeve covers.

Depeche Mode received a nomination for the 2017 Rock and Roll Hall of Fame, though will not be inducted this year (Pearl Jam, ELO and Tupac Shakur will). They have announced scheduled European tour dates from May (starting in Sweden) to July (ending in Romania), and will then tour North America from August through to October. JB