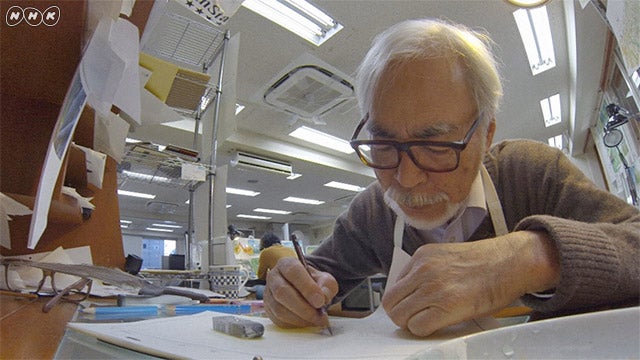 The creator of some of the most beloved anime characters and films, Miyazaki, is a man passionate about what he does. And who’s to stop a master from going in and out of retirement to do what he does best? Fans can only be delighted. Image: NHK

Late last year, word spread that acclaimed director Hayao Miyazaki was stepping out of retirement to work on a new feature-length project. Now, the news is official and has been confirmed by Studio Ghibli.

READ: Hayao Miyazaki steps out of retirement anew to do animated film

Kotaku reports that it was producer Toshio Suzuki of Studio Ghibli, speaking in a pre-Oscars interview, that confirmed Miyazaki’s involvement with a new film .

The new project is based on a CG short that was supposed to be featured in the Ghibli Museum, called “Kemushi no Boro” (Boro the Caterpillar). Miyazaki proposed to instead turn the short into a full-length piece, as he was not quite satisfied with how it turned out.

Suzuki said on a published Kyodo report, “Right now in Tokyo, he’s putting all his effort into making it [the feature].”

It was previously reported that the film is targeted for release before the 2020 Tokyo Olympics. Alfred Bayle/JB