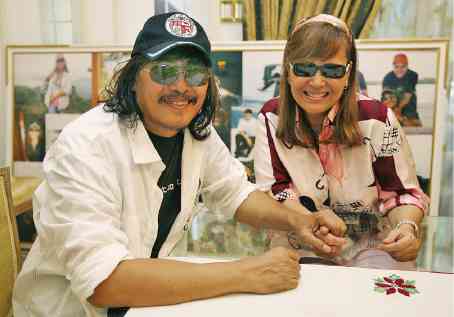 Carlo J. Caparas and Donna Villa at home in 2008

For show biz insiders, Donna Villa will always be remembered as one of the most beloved and generous producers who, together with husband Carlo J. Caparas, prolifically churned out films—most notably, the wildly popular “massacre” flicks of the 1990s.

For her daughter, Ysabelle Peach Caparas, Villa will always be remembered as a “big, bright, beautiful spirit”; a woman, who, “despite her public image, remained incredibly private.”

“My heart is filled with love seeing how much tears are being shed and how many hearts are breaking because of this beautiful human being’s passing,” Peach said in a tribute she penned on Instagram, for her mother who died on Jan. 17 at the University of Santo Tomas Hospital. Villa was 57.

Although initial reports stated that Villa, whose real name is Marian Patalinghug, succumbed to cancer, Peach said no one outside the family “knows exactly what went down.” No further details were available as of this writing.

Peach, who worked with her parents and brother, CJ, in the 2015 remake of the 1980 Lino Brocka classic, “Angela Markado,” vowed to continue Villa’s good deeds.

“We will help those who need us and live every day full of love, because that’s what you would have wanted,” Peach said, adding that she knew her mother, her “Queen,” will continue loving and guiding her from above. “Not all battles  on earth are won, but victory awaits us on the other side.”

Outside Villa’s immediate family, news of her death came as an absolute shock.

Nene Mercado, one of Villa’s closest friends, and who has been working for the Caparases’ film outfit, Golden Lions, for over 30 years, related that she treated the late former actress like her own sibling. Villa told Mercado every detail about her life—except the health problem she was dealing with.

“That’s why it is so hard to accept that she is gone now,” she told the Inquirer in a phone interview.

While she knew that Villa had been making trips to the hospital since December, Mercado said she saw no troubling signs of weakness in her friend, even while they were shooting “Kamandag ng Droga,” a movie homage to President Duterte’s war on drugs.

“The last time we talked, she told me that, should anyone ask about her, ‘Tell them I am far away,’” Mercado recalled.

“She also told me that she hoped to see me again, because she has a lot of stories to share with me. It was rather odd, I thought, because we often see each other, anyway,” she added. 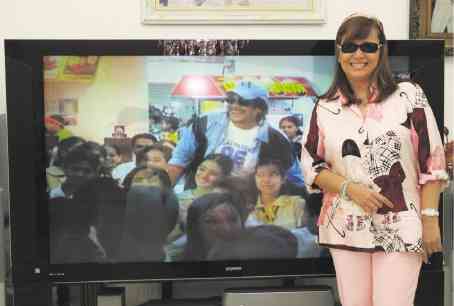 Meanwhile, actors who had worked with Villa and Caparas—dubbed the “Golden Couple”—took to social media to express sadness and pay respects to the late actress-producer.

“Saddened and shocked. Tita Donna Villa was always supportive of me and always had the biggest, infectious smile,” tweeted Sarah Lahbati, who is part of “Kamandag.”

“I cherish my time spent with you in our last film together,” she continued.

Vivian Velez, one of the first celebrities to break the news, said on Facebook: “Remembering Donna’s wonderful and gentle soul, [which] will forever remain in our hearts.”

“I had no idea she was sick,” tweeted Assunta de Rossi, who starred in “Miracles are Forever,” a 2016 film based on a book by El Shaddai’s Mike Velarde. “She was always so kind and thoughtful.”

Before becoming a full-time producer, Villa started in show biz as an actress, whose earliest acting credit on the site Internet Movie Database was the 1977 film, “Namangka sa Dalawang Ilog,” topbilled by Romeo Vasquez, Gloria Romero and Alma Moreno.

Villa’s wake will be until today at the Cosmopolitan Memorial Chapels and Crematory at The Ascension in Quezon City.