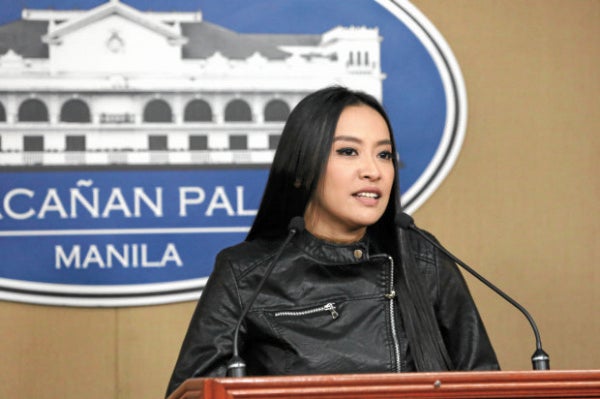 Mocha Uson, newly appointed member of the Movie and Television Review and Classification Board (MTRCB), said so.

This is the same Uson who is known for her instructional sex videos, her sex column in a defunct men’s magazine and her sexy shows with her group Mocha Girls.

But she swears she has had a change of heart.

The singer-dancer-model is now  fighting a different battle as a pro-Duterte blogger.

She said she did not want to accept remuneration for the job,  explaining that she accepted the MTRCB post to help the Duterte administration, not to mention the fact that there were few takers for the job.

Uson explained her decision and bared her plans for the agency on her Facebook page a day after news of her controversial appointment came out.

She also addressed critics who said the MTRCB would become lewd because she was “open-minded.”

“You are not updated. The videos or pictures uploaded by the haters are old ones,” she said in her post, in apparent reference to footage of her sexy performances.

She is planning to remove performances that are too sexy from local TV shows, she said.

She said she expected her job to be difficult because she was only one among many board members. But she will try to convince the board that it is not right to allow these shows during hours when many children are watching TV, she said.

Uson, who runs a popular Facebook page that defends President Duterte and hits those perceived to be against him, also said she had no intention of going into politics.

But because of the situation in the TV and the movies, she accepted the MTRCB position, she said.

“I learned from some supporters that the Duterte administration needs help in the MTRCB as many had declined the position because of the low pay. That’s why I thought of helping, because we are advocating volunteerism,” she said.

She also said she accepted the MTRCB post on the condition that she would receive no salary. If her condition would not be accepted, she said she would donate the money to Duterte’s Kitchen or to the projects of the Department of Social Welfare and Development.

To show proof, she said she would take videos of her pay slip and donation receipt.

As for her critics, Uson said she would pay no attention to negative people.

Netizens greeted the announcement of Uson’s appointment to a government post with shock and anger, with some questioning her qualification to serve in the agency tasked with weeding out film and TV content that are immoral, indecent, contrary to law or good customs, injurious to the prestige of the country and encouraging violence or crime.

Before embarking on her show business career and becoming a staunch supporter of President Duterte, Uson obtained a medical technology degree from the University of Santo Tomas.

She also writes a weekly opinion column in a daily newspaper.