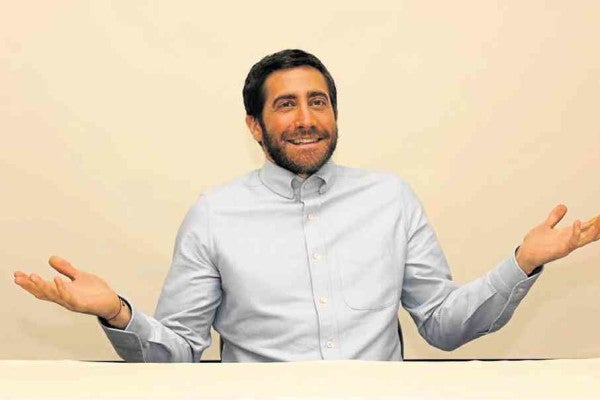 Los Angeles—Something about Tom Ford’s “Nocturnal Animals” and its themes of revenge, guilt and wounded manhood inspired our recent talk with one of the intense film’s stars, Jake Gyllenhaal.

Instead of the usual topics, we engaged the actor in a discussion about vulnerability, masculinity and what defines being a man these days.

We expected Jake to show up in a dapper Tom Ford suit, but he walked in with clothes from his own closet: a blue dress shirt buttoned all the way up to his neck (in stark contrast to his designer/director, who likes the unbuttoned look), dark pants and shoes.

Jake has dual roles in the romantic thriller adapted from Austin Wright’s 1993 book, “Tony and Susan”: Edward, the novelist ex-husband of Susan (Amy Adams), and Tony, a character in Edward’s book.

This film is about someone reevaluating her (Amy’s character) life. With your busy career, do you find time to reevaluate your life? I am always reevaluating my life. I am constantly evaluating where I am, looking, trying to be present where I am and with the people I am with.

This movie in particular was interesting because it allowed me to say, oh, I can move to a place where it might be more like me than I would like to be.

In the case of this role, maybe there was something closer to my personality, which I didn’t necessarily want to look at and that I sometimes run away from. At this point in my life, my own vulnerability and sensitivity are things that I no longer feel like I need to make excuses for.

And, generally, that’s interesting in terms of the identity of a man. We live in a world where men generally search for what masculinity is. We have strange and incredible models for that in my opinion, but I feel like I’m constantly in that state. And more and more men feel comfortable being vulnerable.

Where did you get your confidence from? As a child, did you always feel like you fit in? I probably wouldn’t be here if I felt like I fit in. But my confidence comes from being a little brother and having survived my sister (Maggie Gyllenhaal) (laughs). Survival is the right word, thank you. And just from having a strong older sibling.

But also, I do have parents who constantly supported me in certain ways. In other ways, they were lacking. Definitely, it’s in expression and creativity where my family has always been best at.

I have other dark corners [where I don’t derive] as much confidence [from]. My confidence in myself comes from my parents, for their encouragement and discouragement, as well. And accepting the things I am not as good at.

Why did you feel that you did not fit in during your childhood? I have always had bad eyesight, so I am legally blind, basically without my contact lenses or glasses. So, I always had those big glasses that I wore, which gave way to really big, weird eyes—which have been very fortuitous in this business. I always remember feeling almost physically separate, because I couldn’t see well.

And I was always into athletics, but I remember I played catcher. Every time I would rip my mask off, my glasses would come off too, and I could never throw to second base. I would have to always figure it out.

But I was always creative. You can see that in the way that I talk. I meander. I am not concise. I am an abstract thinker. People are confused by me. When I was a kid, I always had this temper. People would call me four eyes and that was always hard. Still, I also felt very much part of a community everywhere.

What do you remember best about your parents giving you advice? They never sat me down, and we never had a conversation similar to the ones you see in bad movies. I just did this show (“Sunday in the Park with George”) at City Center in New York. Before the show, my father sent me a poem, and my mother wrote me a beautiful letter. She gave me a piece of artwork, a hand-painted piece that had been hanging on our wall since I was a kid.

I was about to go onstage before the first show, and I had to keep it together, having read the things that my parents had expressed to me. That’s encouragement.

When I was a little kid and was performing, they would come to every show. That’s what I cherish the most. Artistic expression has always been hugely encouraged. My mother always talks about how she wants to make sure that my sensitivity would never be taken away.

Again, I go back to the model of what a man should be, or what we want to be when we are, quote unquote, a man. My mother encouraged me to always be open to the world and keep my heart open, regardless of judgment. And if you need to fight, know how to fight. 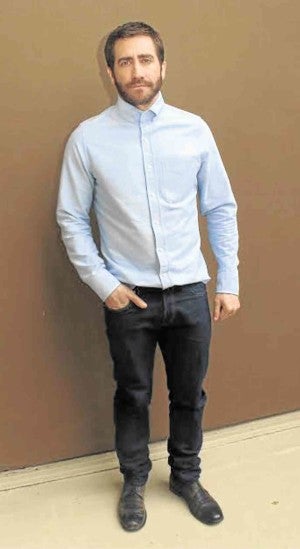