With characteristic feistiness, award-winning actress Rosanna Roces is pledging her unwavering support for President Duterte, whose war on drugs is a hotly debated topic in both local and international media.

Interestingly, Osang, as Rosanna is known in the biz, recently found herself entangled in the web of the controversial issue, when her name cropped up in the Senate hearing on the supposed multimillion drug business in the national penitentiary.

Government asset Nonile Arile claimed that Osang was the “mistress” of Vicente Sy, a drug lord who was among the inmates injured during a violent incident at the New Bilibid Prison recently.

Osang swiftly turned to Facebook to belie the allegation.

True to her colorful screen persona, Osang insisted that she’s in the flesh, not the drug trade. She compared herself to Monterey, a chain of meat shops.

She recalled that she would bring women to prison, for Vicente and other convicts, for P25,000 per client. “I’d get paid even if the girl was rejected.” She didn’t deny meeting high-profile inmates, including Jaybee Sebastian, but she vehemently rejected the tag “mistress.”

“If I were a drug lord’s mistress, then I’d be able to pay the P2-million damages for the GMA 7 case that I had lost,” she explained on Facebook. “I wouldn’t need to work so hard. I’d be producing movies.” 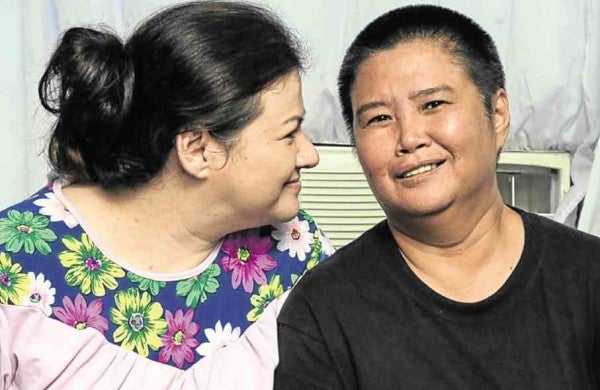 In an earlier interview on the set of her latest film, Adolfo Alix Jr.’s “Binalot,” Osang told the Inquirer that she supports the President even though she didn’t vote for him last May.

“I was never a fan of Duterte during the campaign,” she said in Filipino. “After all, I was not angling for a position in government. I kept silent then. Actually, my choice was [the late] Miriam (Defensor-Santiago), because I didn’t want trouble.”

She, however, believes that everyone should heed the voice of the people. “We should support the one who won the election. It’s that simple.”

She described the President as “intelligent.”

“He knows what he is doing. He used to be a prosecutor,” she pointed out. “Filipinos are so hardheaded; we need someone [like President Duterte].”

She wished that the President would succeed in all his endeavors—especially the antidrug campaign.

“It’s for all of us. We will benefit in the end,” she noted. “I find it curious that some of his supporters are quick to criticize him when he makes a mistake.”

Osang, however, expressed complete trust in the President. “It’s just that he is not used to all the attention. Being famous is not easy. Plus, he has to serve as the President of people who are pasaway (stubborn).”

Coincidentally, she plays a police asset who’s being targeted for execution by hit men (portrayed by Gina Alajar and Phillip Salvador) in “Binalot”—an indie film that seems ripped from today’s headlines.

“It’s about what we see in the news… cardboard justice,” she clarified, referring to the spate of extrajudicial killings. “That’s not the work of the police. Vigilantes’yan.”

Osang, however, has no time to dabble in politics.

She is much too engrossed in the preparations for her same-sex union with longtime love Blessy Arias. “I am so happy. I first met Blessy when I was 15 years old.” 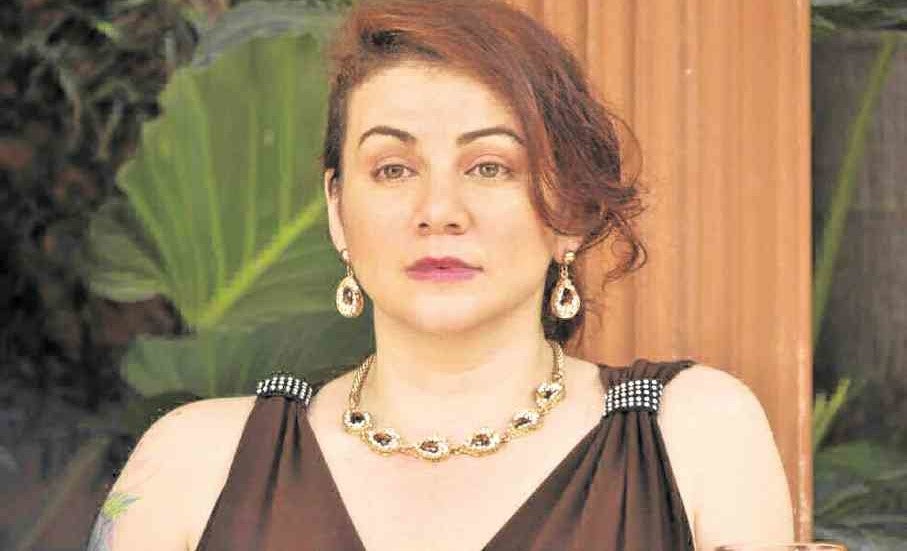 Set on Dec. 10, the wedding will be officiated by a pastor, Rev. Crescencio Agbayani Jr of the LGBTS Christian Church Inc..

Clearly, Blessy has lived up to her name and is a blessing to Osang.

In the above-mentioned Facebook post, she declared that she didn’t have to be some man’s mistress because all she ever needed—and wanted—she had already found in Blessy.

Osang told the Inquirer: “Blessy loves and accepts me for who I am.”

Warts, Monterey and all.