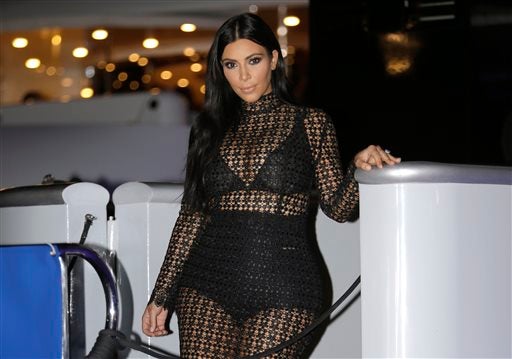 PARIS, France — French investigators are studying several DNA samples found in the Paris apartment where Kim Kardashian was tied up and robbed at gunpoint of $10 million in jewels, sources close to the inquiry said Tuesday.

“These DNA samples are currently being analyzed,” one of the sources told AFP.

However, no DNA has been recovered from Kardashian’s diamond pendant that was found in the street by a passerby near her luxury residence just hours after the crime, the sources said.

The multi-millionaire US reality TV star, who was in the French capital for Paris fashion week, was robbed on October 3 by five men posing as police officers.

Kardashian was tied up and locked in the bathroom while the robbers helped themselves to a ring worth around four million euros ($4.5 million) and a case of jewelery with a value of five million euros ($5.6 million).

Two mobile phones were also stolen during the hold up in the chic Madeleine district of Paris, near the city’s main department stores.

The mother of two and wife of rap superstar Kanye West flew home to the US after being questioned by police over the incident, which a spokeswoman said had left her “badly shaken”.

Kardashian has been a fixture of US celebrity news for more than a decade, known mainly for the TV show “Keeping Up With The Kardashians” and a leaked sex tape. CBB