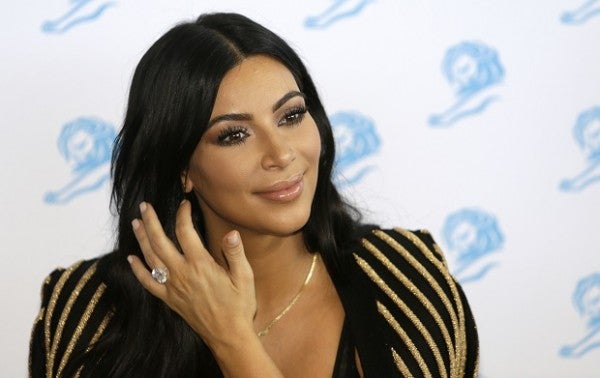 PARIS—Kim Kardashian freed herself and raised the alarm after being tied up and robbed at gunpoint in Paris of $10 million in jewels in Paris, police sources said Tuesday.

The multi-millionaire US reality TV star, who was in the French capital for Paris fashion week, was robbed at a luxury residence in the early hours of Monday by five men posing as police officers.

Kardashian was tied up and locked in the bathroom while the robbers helped themselves to a ring worth around four million euros ($4.5 million) and a case of jewelry with a value of five million euros ($5.6 million).

The robbery in the chic Madeleine district of Paris, near the city’s main department stores, took place at around 2:30 am (0030 GMT).

When the danger had passed, 35-year-old Kardashian “untied her bonds and at 2:56 am phoned her bodyguard who was not present at the time of the attack,” the sources said.

READ: Kim K Held at Gunpoint: What You Need to Know

Investigators had initially thought a stylist who was in the building at the time had raised the alarm.

The assailants wore masks and police jackets. After overpowering the night warden three of them kept guard while two burst into Kardashian’s apartment, sources said.

They held a gun to her head, gagged her and bound her hands and feet before bundling her into the bathroom, the sources added.

There is no CCTV footage of the attack or its aftermath. Investigators are instead trying to garner clues from DNA traces at the scene.

The mother of two and wife of rap superstar Kanye West flew home to the US on Monday after being questioned by police over the incident, which a spokeswoman said had left her “badly shaken”.

Kardashian has been a fixture of US celebrity news for more than a decade, known mainly for the TV show “Keeping Up With The Kardashians” and a leaked sex tape.

The robbery has put a renewed focus on security in France, where tourism has taken a hit following a series of terror attacks.