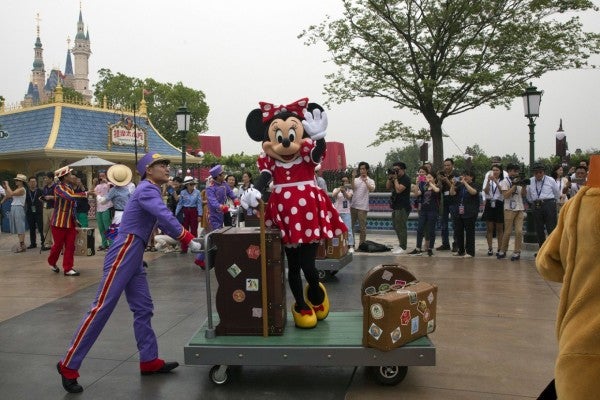 A Disney character takes part in a parade on the eve of the opening of the Disney Resort in Shanghai, China, on June 15. The Walt Disney Company has recently sued three Chinese companies over copyright infringement. AP

INDONESIA—The Walt Disney Company has taken legal action against three Chinese companies because of an animated film they produced called “The Autobots,” claiming the companies infringed on Disney’s copyright over the movie “Cars”.

Based on a notice on the Shanghai Pudong New Area People’s Court website, Disney was suing them for copyright infringement and unfair competition.

Released in 2015, “The Autobots” has some alleged resemblance to “Cars”, which came out in 2006. However, “The Autobots’” director, Zuo Jianlong, insisted the two movies were completely different.

It is the first Disney amusement park on mainland China and now faces some challenges while doing business in the country, including tough competition from local amusement park developers and the circulation of false Disney merchandise.

A third movie from the franchise, “Cars 3” is reportedly coming out in 2017. TVJ