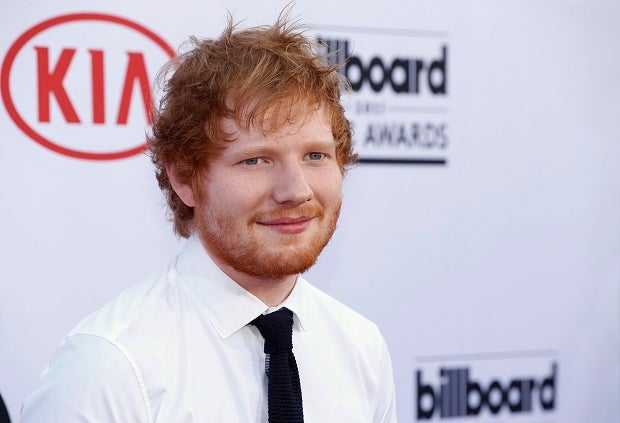 In this May 17, 2015, file photo, Ed Sheeran arrives at the Billboard Music Awards at the MGM Grand Garden Arena in Las Vegas. Sheeran is facing a lawsuit alleging he used another song as the basis for his international hit “Photograph” filed Wednesday, June 8, 2016, in Los Angeles by Martin Harrington and Tom Leonard, composers of the song “Amazing.” AP FILE PHOTO

LOS ANGELES — British singer-songwriter Ed Sheeran is facing a $20 million lawsuit alleging he used another song as the basis for his international hit “Photograph.”

The suit accusing him of copyright infringement was filed Wednesday in Los Angeles by Martin Harrington and Tom Leonard, composers of the song “Amazing.”

“Amazing” was recorded and released as a single by Matt Cardle, winner of the 2010 season of TV’s “The X Factor.” Cardle is not a party to the lawsuit.

“Photograph” topped pop charts throughout the world and sold more than 3.5 million copies.

How Twitter reacted to reports of Kobe Bryant’s death