Diego Loyzaga: I did not start mauling incident | Inquirer Entertainment

Diego Loyzaga: I did not start mauling incident 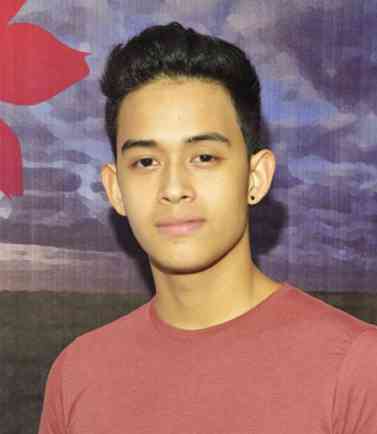 Diego Loyzaga, son of actor Cesar Montano, discredited the claims made by two brothers who claimed that they were mauled by the young actor’s friends.

In an interview with ABS-CBN which aired on Tuesday night, Loyzaga said that the alleged order to hit brothers Wilmer Angelo and Wilmer Paolo Lopez after a miscommunication at the Palace Pool Club in Taguig City did not come from him.

“Never, ever did it come out of my mouth na sinabi ko na ‘sapakin mo ‘yun’ or anything along these lines,” Loyzaga said.

While conceding that he had a miscommunication with the Lopez brothers, Loyzaga said that it has been resolved before the mauling incident took place.

The TV actor, who is Montano’s son with actress Teresa Loyzaga, also denied harassing the girlfriend of Wilmer Angelo as claimed by the brothers.

Loyzaga insisted that he had no intention to beat up the brothers as he even invited them to join them at their table.

“It was never my intention to hit them. Kinaibigan nga namin sila eh (We even befriended them). We met them at the club. We asked them to sit with us. We drank together,” he said.

He also lamented that people were quick to judge him without hearing his side of the story.

READ: Diego Loyzaga asks for patience after being tagged in mauling

“I just find it unfair that everyone’s suddenly ganging up and agreeing the other side’s story without having to hear what we have to say,” Loyzaga said.

The alleged mauling incident happened early Sunday morning. The Lopez brothers claimed that it was Loyzaga who ordered his friends to hit them after a disagreement inside the posh Taguig club. AJH/IDL