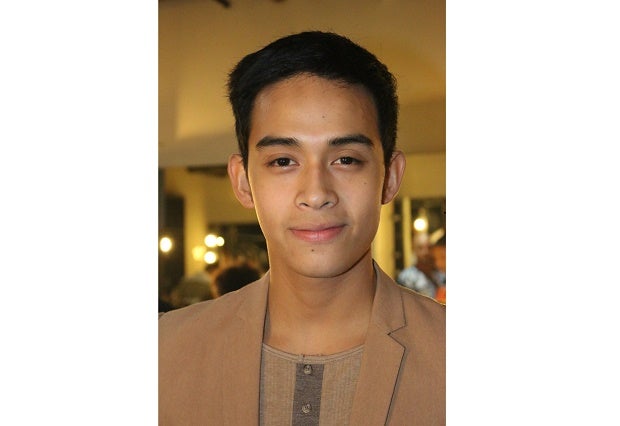 A sister of Wilmer Paolo and Wilmer Angelo Lopez reached out to the Inquirer to tell the story of how the two teenagers sustained multiple injuries after Loyzaga’s group teamed up on punching and kicking them while outside the Palace Pool Club along 9th Avenue corner 36th Street in Bonifacio Global City.

Speaking for her brothers, the sister, who refused to be identified for safety reasons, said the incident started on Saturday night when Paolo and Angelo went to the said club and were seated at a table near Loyzaga’s group.

“Diego hugged my brother’s girlfriend inside the club but instead of starting a fight, they just asked him not to do it again,” she explained nothing that both Paolo and Angelo noticed that the actor was already “pikon” (touchy) during their exchange.

The brothers and some witnesses shared that they already observed that the TV personality was already intoxicated that night. Asked if her brothers were also under the same state, the sister said they had a few drinks, however, they were still sober the entire night.

She added that when Paolo went to the restroom, Loyzaga followed him and punched him twice in the face. “My brother did not fight back,” she added.

However, this prompted security personnel at the Palace Pool Club to kick Loyzaga and Paolo out of the place including their companions.

“At the parking lot of the club, Diego’s group also got in another fight with a separate group,” the sister added.

After fighting with the said group, she said that Loyzaga again approached his brothers outside the club and repeatedly asked them if they knew a certain “Paolo,” (not the same with Wilmer Paolo).

Wilmer Paolo reportedly admitted knowing the individual, however, he claimed that he is only an acquaintance and not a friend. “However, Diego’s group kept on insisting that my brother was lying,” she said noting that Paolo was even asking them to “chill” and not start another fight.

However, she claimed that Loyzaga did not heed his brother’s request and even instructed one of his friends standing behind Paolo to hit him.

“Sapakin mo na yan (Punch him),” were the words the brothers heard before Paolo was hit hard on his head causing him to fall to the ground.

“When he was already down, Diego’s group took turns in kicking him on the head,” the sister said adding that some witnesses can attest that Loyzaga also took part in kicking Paolo.

When Angelo tried to run to his brother’s side, she said he was tackled and beaten by four other guys from Loyzaga’s group. After giving the two men a beating, Loyzaga and his friends reportedly ran from the area and escaped.

The brothers were then taken to the St. Luke’s Medical Center Global City where they were treated for their face and head wounds.

A report from the Taguig Police Community Precinct 7 in Global City said the alleged attacked happened around 4:30 a.m. A medico legal report requested by the police from the Taguig Pateros District Hospital also revealed that the brothers sustained multiple physical injuries from the alleged mauling.

Photos of Paolo sent to the Inquirer showed him with a swollen face, a busted eyebrow, and a bruised eye. “We got the results of his CT scan and it was normal but we still need to bring him to an ophthalmologist because there is still bleeding in his eye,” the sister said.

Aside from the physical injuries, the sibling also shared that the lack of intervention from the security personnel of the Palace Pool Club also saddened their family.

“They did not break up the fight. They just watched while my brothers were beaten up,” she added.

Taguig Police Community Precinct 7 also admitted that they did not receive any report of the incident from the business establishment.

The Inquirer tried to contact ABS-CBN’s Star Magic, which handles Loyzaga’s showbiz career, however, the company said it would first sit down with the actor before releasing any statement on the issue. With reports from Marinel R. Cruz, Philippine Daily Inquirer/RAM