Attaining stardom–the other way around 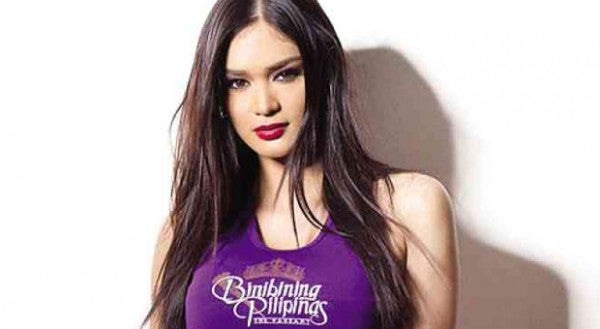 Many female stars in these parts are discovered after they join and win beauty pageants. Their beautiful stellar ranks are led by Gloria Diaz, whose Miss Universe victory in 1969 led to a long show biz career that continues to this day.

Their successful and effective gambits have prompted young Filipinos to go the same route, first going the commercial modeling and beauty pageant routes to stardom.

Of late, however, a new wrinkle has made itself evident, and it’s become so effective in its own right that it should similarly catch on:

Being better-known than most of the other contestants, she would have ended up with egg on her face if she had failed to make it big. Happily, however, she won the title—and set her sights next on topping the international finals!

That was a decidedly tall order, because no Filipino had won the Miss World title in all the years that we’ve been competing—and yet, Megan’s “riskier” gamble hit the jackpot, and she was hailed as Miss World!

After her reign was over, however, she faced yet another “moment of truth”: Would her title finally result in certified stardom for her? Happily, once more, Megan has ended up in the winners’ circle, with lead roles in TV shows like “MariMar” added to her stellar credit.

Her next test would be to star in a film—that turns out to be a hit! After that, she’s got it made.

Following in Megan’s footsteps last year was another starlet, Pia Wurtzbach, who tried hard for years to make it big in show biz via ABS-CBN productions—but failed to really make the mark, even as contemporaries like Bea Alonzo surged ahead.

Even when Pia tried to make it via the beauty pageant route, she still failed twice to become Binibining Pilipinas. That double whammy would have knocked out most dreamers, but not Pia.

She snapped back to “hopeful” mode, tried a third time—and won not just locally, but “universally,” as well (despite that last-minute humongous hitch)!

Like Megan, Pia will have to “reign” for a whole year—but, after that, she’s expected to come home and finally attain her dream of show biz stardom.

It’s expected that she will turn out to be at least as successful as Megan—but they’re quite different in terms of type and temperament, so how should she write her scenario for stellar success?

First, she’s a more voluble talker and ad-libber than Megan—so, aside from acting, she should give program hosting a go.

Next, she should line up a movie showcase for herself, because films are still regarded as bigger career enhancers than TV. Go for it, Pia! Finally, stardom is excitingly and tantalizingly within reach.