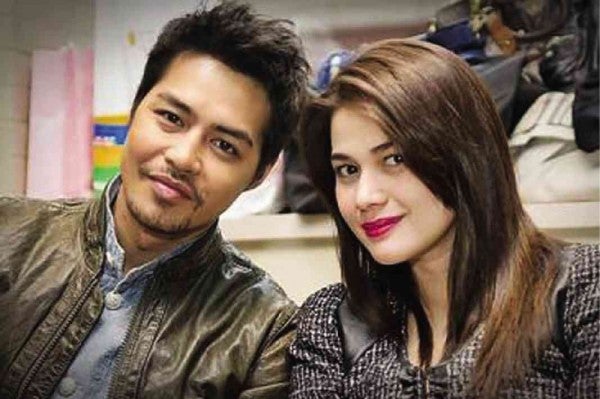 You know what they say about money being the root of all evil.

Grizzled Personality teamed up with Greying Celeb and went into a dubious enterprise, supplying “talents” to various clients.

GP and GC then embarked on a high-profile financial adventure.

The crooked couple secured support from an unlikely source: A conservative establishment that would surely frown upon the duo’s rather suspicious dealings in the past.

As luck would have it, the notorious tandem’s latest venture went belly up. GP and GC, however, were able to filch a handsome sum at the expense of clueless partners.

Coworkers whisper behind Perky Starlet’s back. Overbearing PS can be difficult to work with, they complain.

The diva’s mean temper didn’t endear her to colleagues who heaved a sigh of relief when PS was kicked out of a major venture. Seems the bosses got wind of PS’ bad behavior and decided to nip it in the bud.

After PS lost Influential Backer, it was only a matter of time before the offers screeched to a halt.

Now that Fearless Lass is free from a loveless union, can Former Sweetheart stage a comeback in her life?

Rumor has it that FS is still carrying a torch for FL. FS never got over losing FL. Will FL forget about their painful parting and accept FS with open arms?

But then again, Popular Coworker, the same third party that drove a wedge between the two, is allegedly in the way of this reconciliation.

Many are wondering why Colorful Celebrity left the scene for a while.

All sorts of rumors cropped up. Was CC unsatisfied with the present setup in the workplace? Was CC lured by Rival Company to greener pastures?

There’s a scuttlebutt that CC had to attend to a personal matter abroad.

Turned out there’s a new addition to CC’s family.

Stunning Matron is still hung up on Playboy Partner.

It has been years since their scandalous separation but SM is still seething—spewing expletives against PP.

Clearly, SM has yet to move on from that acrimonious breakup. SM would frequently badmouth PP in front of other people—even with complete strangers.

SM chose to remain bitter instead of getting better.

Alvin Campomanes, the history teacher who complained of suffering verbal abuse from TV-movie director Cathy Garcia-Molina on the set of the soap opera, “Forevermore,” met with ABS-CBN officers and representatives last week.

In an e-mail, Campomanes told the Inquirer that the meeting “ended well.”

Present at the meeting were ABS-CBN officials Cory Vidanes, Lauren Dyogi and Malou Santos. Molina was also present, along with Jeng and John Leonardo and Mean Rejano, whom Campomanes identified as “the owner of the talent agency.”

Campomanes recalled that the meeting with ABS-CBN was “cordial.” “All of the offenders, including their bosses and subordinates, offered their apology,” he told the Inquirer.