‘Pix-Noys’ are the most sensible artists, says Pixar president 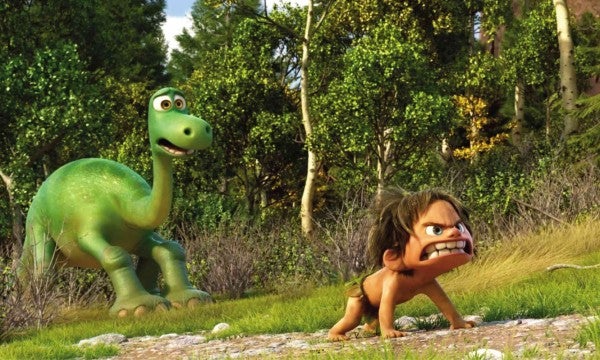 SINGAPORE—“Absolutely!” This was the quick response of Pixar Animation Studios president Jim Morris when asked if the American computer animation production studio was open to hiring more Filipino artists.

Morris was here to promote “The Good Dinosaur,” which opens in theaters globally on Nov. 25. The 3D computer-animated comedy-drama project came on the heels of the successful release of Disney-Pixar’s “Inside Out,” which was codirected by Pete Docter and Ronnie del Carmen, a Filipino.

Although the exact number of Filipino artists at Pixar remains uncertain, Morris said he was aware of this group that calls itself “Pix-Noys.” He claimed to have a high regard for these artists, especially Del Carmen, whom he described as someone who “has this unique sensibility that we’ve never seen in anyone before.”

“I would say that his ability to translate an idea into a visual and emotion on the screen is unsurpassed. He’s probably the most talented person alive who is capable of doing it,” Morris told the Inquirer in an interview at the Four Seasons Hotel on Orchard boulevard here. “Ronnie has made special moments not just in ‘Inside Out,’ but in many other films. In “Up,” the most heart-wrenching moments are his.”

Morris noted that Del Carmen was responsible for a montage in “Up” that is now called “married life.” Morris explained: “It’s when the two characters, Carl and his would-be wife, get married and go through their lives together until she passes away. I don’t know anyone who doesn’t find that to be one of the most touching moments in cinema.”

There were other equally touching moments in “Up,” too, courtesy of Del Carmen, Morris added. “It’s when Carl, the old man, goes through their picture book while feeling guilty because he thought he didn’t do that one thing that his wife had always wanted to do—to travel the world. Carl then finds notes from her saying everything she had wanted in life had actually happened,” Morris recalled. “Ronnie created that moment, too. He has this uncanny ability to go right through your heart.”

“The Good Dinosaur” is helmed by another Asian director, Peter Sohn, who is half-Korean.

Morris said Pixar was also keen on creating something that would cater primarily to the Asian market. “Our business and creative model at Pixar is to select people whom we think are good storytellers to be directors. We ask them to develop three ideas that they pitch to us,” Morris pointed out. “So if we had a director that had a brilliant idea that was Asia-based, we would certainly do it.

“The Good Dinosaur” tells the journey of an Apatosaurus named Arlo, who makes an unlikely human friend named Spot. While traveling through a harsh and mysterious landscape, Arlo learns the power of confronting his fears and discovers what he is truly capable of. Raymond Ochoa (NBC’s “The Night Shift,” TNT’s “Rizzoli & Isles,” “Disney’s A Christmas Carol”) is the voice of Arlo, while Jack Bright (“Monsters University”) is Spot.

What is your favorite scene in the movie?

One of my two favorite scenes is when both characters realized that they’re orphans. They sort of share that with their pantomime. That’s a pivotal moment in the film because it bonds them in a certain way. There’s a more emotional scene at the end of the film when they reached the end of their journey and Arlo has grown from being a scared kid to a young dino—that’s really a tearjerker!

How does the movie compare to other Pixar films in terms of emotional connection? 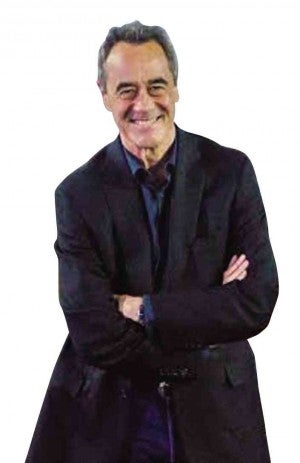 I think it compares favorably. It’s different in the sense that it’s between a dinosaur and a little boy character, who is kind of an equivalent to a dinosaur’s pet dog. It’s very emotional.

What concept was the most difficult to translate to visuals?

One of the difficulties in making the film was to create a world that is beautiful but at the same time a challenge for our two key characters to get through.

Another thing that was difficult was the fact that we wanted the character design to be a certain way—there’s a stylized animation kind of look to the characters but at the same time they’re pitted against this dramatic landscape that looks very real. To find ways to make them feel like they’re part of that world and landscape was a difficult visual challenge.

Will the 2D style of animation be widely used again?

2D animation is a great art form. Very recently, the films of Hayao Miyazaki were all done in 2D. He is a great master of Japanese animation. In the United States, Disney released an animation called “The Princess and the Frog” and it seems that, though there’s an audience for it, viewers tend to gravitate a little more now toward the modern look of computer graphics.

I could say the same thing about stop-motion animation, which is when you make films using puppets. It seems that the audiences are only so large for that kind of look now. There’s something about the freshness of computer-generated imagery and the variety of it that seems to capture the audience’s imagination.