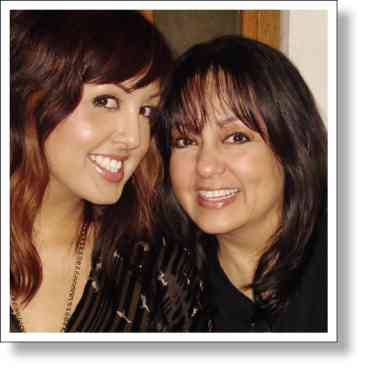 LOS ANGELES—In this part two of our column on Becca Godinez, who has a Long Beach, California, concert tomorrow, we continue her reminiscence of her 40-plus years in entertainment. This frank look back at her life and career ties with the title and theme of her show, “ReminiSing with Becca Godinez.” She opens up about her split from singer-songwriter Morris Albert, finding new love in—and rediscovering Christ with—her husband, Filipino-American Benito Miranda, and highs and lows in her career and personal life.

Becca promises a fun time (bring your dancing shoes, she suggests) as she performs songs that have moved, touched or excited her through the years, including choice Beatles hits, in the dinner-dance-concert at the Renaissance Hotel on 111 Ocean Blvd. in Long Beach.

Who were your other great loves aside from Benito Miranda and Morris Albert?

As a student in the United States years ago, I met a handsome, super interesting man. He was smart. I was a replacement blind date. I refused, but my cousin hounded me, because she had planned for a great day with her beau, this guy and another girl. The other girl had to bow out and now she needed someone else to fill the bill.

To make a long story short, I relented. It was instant attraction from the get-go. The reaction was the same for him as it was for me. We immediately got along—had a ball—laughed, had good chemistry and conversation. We saw each other a few more times after that first encounter.

However, my uncle in whose house I was living at the time, did not like him at all. I still don’t know why. For some reason, he decided one day to tell the guy off as I was upstairs picking up my purse. Painful words were said. He walked off to his car.

I tried to contact him to apologize for something I didn’t do, but he was gone. Because it remained unfinished, I still think of him sometimes.

We’ve talked about this. We should have worked at being friends first. We should have spent more time getting to know each other before jumping into marriage. He was an angry man (for reasons I only later found out were justified), and I was an innocent, willing to give everything up for what I thought was a fairy tale story.

Morris was stalked by every kind of leech in the business. He was thrown into the fire, so to speak, without the benefit of a trusted friend. He found that familial place with my family, but the stuff done to him by unscrupulous industry people left him feeling vulnerable and angry. Sometimes, it spilled over into our personal lives.

Just as much to blame was this young woman—me—who wanted to “belong” to someone. Although I had the blessings of a blossoming career, I couldn’t find anyone whom I felt could take care of me. Men were challenged by my success.

I had just split up from a three-year relationship because I felt it was going nowhere. Morris arrived two weeks later. He was successful, and he came like a force of nature.

What makes your relationship with Benito work?

God. Truly, we have learned to pray together and realize that it really isn’t what each of us wants individually. If left to our own devices, we are egotistic beings who want to have the last say. In the early years and during a heated argument, it was all about who had the last say or who could say the more hurtful words. That’s all gone.

What songs make you sad because of memories they evoke?

Just one song—“Alone Again (Naturally)” by Gilbert O’Sullivan. After I lost my dad, I saw how it deeply affected my mother. I remember some lines [of that song], and I cannot pass through them without weeping.

What songs make you happy because of the memories they conjure up?

Dad had two songs that bordered on the risqué, but… we enjoyed them just as much. Better is Benito singing “Chotto Matte Kudasai” and “Venus.” I giggle like a school girl when he sings them.

Name 10 singers whose voices you admire.

What’s the most embarrassing moment you’ve experienced as a performer?

It was as an actress in a Repertory Philippines production. I was on a second-floor set that represented a somewhat poor apartment where I was in bed with another character. At ground level below was a set that represented a manor in the country. There was no protective wall or fence to prevent one from falling off the top level.

In one scene, I had to get off the bed and walk to an exit that was supposed to be a walk-in closet, where I was to put on a blouse which I carried in my hand. I did not notice that the bed sheet had fallen off the bed so that when I began to make my exit, my high heel caught the sheet and I fell on my face! My body landed on the very edge of the set. My blouse went flying up in the air and I had all but a few seconds to catch it before it would have landed on the set below.

The audience gasped. I regained my composure, got up to walk it off as the scene required but yet again, the high heel caught my half-slip and as I got up, the slip stayed down at my heel and I mooned the entire audience with my rear. Horrors!

It wasn’t over. Offstage, in the dark, was a ladder that I was to climb down from and the stage manager forgot to be there to help me. I missed one rung on the ladder, tripped again and fell! In what was supposed to be silence onstage, on what was an English-speaking family set, this lady’s voice from backstage yelled a bad Filipino word. Not my most shining moment.

The most emotional moment?

It wasn’t on a stage. It was in front of artists and friends who paid their respects at my dad’s wake. He loved music. He loved to sing. So I sang. The pain in my heart was tough.

What musical treats do you have for people coming to watch you “ReminiSing”?

Suffice it to say, the people will stand, sing, laugh and have a ball!

Why did you choose to help the Philippine Disaster Relief Organization (PeDRO)?

I believe in the leadership and sincerity of its members. I believe that they do what they say.

What do you look forward to in the coming years, in both your personal and professional life?

To finally get my daughter Tasha’s career going. She is a phenomenal singer, songwriter and has more talent in her little finger than I will ever hope to have. We’ve had a few starts and stops as her life unfolded, but it’s time.

As I age, my career will take on varying paths. I welcome these changes. I look forward to saying no to projects that no longer mean what they did several years ago. I want to dedicate my heart to meaningful projects I have not undertaken. I’ve earned my stripes.

I know I will cherish more downtimes with my husband. I want to travel and discover more places with him.

Finally, I still want to have that country store in a slower-paced mountain town—live in a log cabin close by and, at Christmas, have all the siblings and their kids come enjoy the snow and hot cocoa in front of a huge fireplace. I want to end each day savoring God’s provisions and thanking Him for a very blessed life.