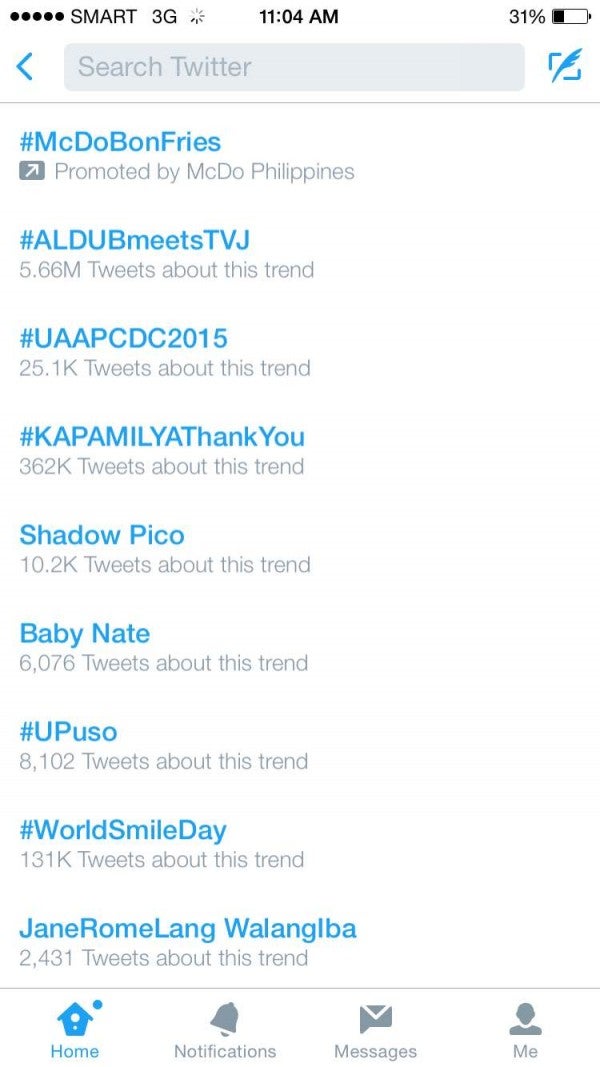 Question is, will the love team known for its portmanteau AlDub sustain its run and break another record?

That remains to be seen, but as of 11:04 a.m. Saturday, a few minutes before the show starts, the hashtag #ALDUBmeetsTVJ is already the top trending topic in the Philippines with more than 5 million tweets.

Unlike last week when it was Alden who visited Yaya Dub and Lola Nidora (Wally Bayola) at their mansion, it is the turn of the latter to go to Broadway studios to meet Alden and the show’s pioneers, Tito Sotto, Vic Sotto and Joey de Leon or TVJ.

It will also be interesting to note the interaction between Lola Nidora and host Jimmy Santos, who seem to have taken a liking for each other.

As in the previous encounters of the split-screen lovers, Lola Nidora has set guidelines for the meeting between Alden and Yaya Dub. IDL