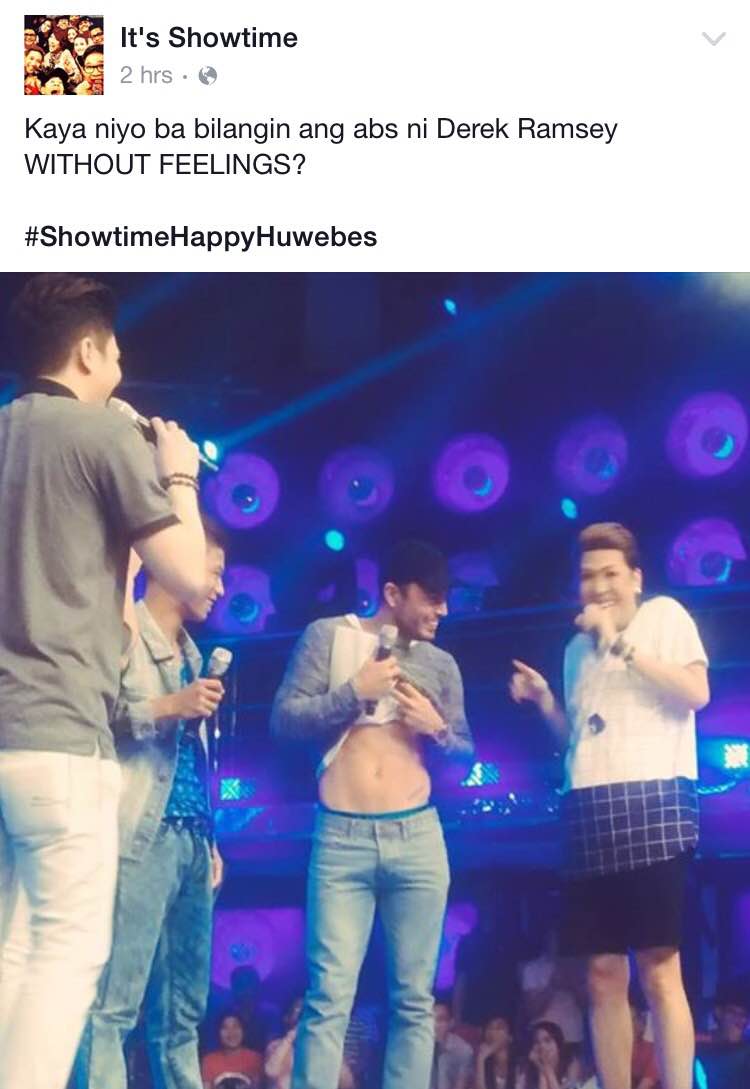 Ramsay was in the show to promote his movie “Ex With Benefits” along with co-star and “It’s Showtime” cast member Coleen Garcia.

Netizens went abuzz when the actor showed off his abs.

However, it still pales in comparison to the number of tweets which used the hashtag “#HappyAldubWeeksary,” referring to the hit love team of Alden Richards and Maine “Yaya Dub” Mendoza featured in the GMA 7 noontime show, “Eat Bulaga,” which gained about 1.1 million tweets. AJH/JE