Nerds shall inherit the earth 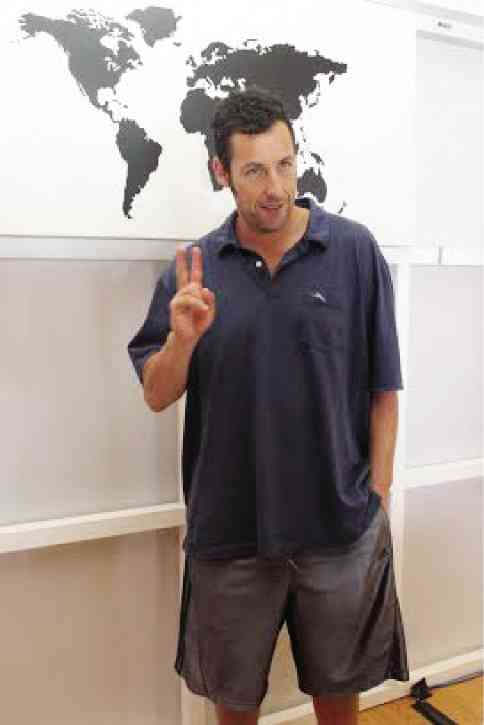 The following are excerpts from our interviews with Adam, Josh and Michelle.

They went together. I went down mostly to see girls at the arcades but no girls were looking back so that’s why I started enjoying the games.

Josh mentioned that he had quite a tough time in the car scenes. Can you talk about riding around with him?

We had fun doing that because when Josh bent over, I noticed in my rear view mirror that his pants were slightly down. He was supposed to be very still and we were supposed to be unaware that he was there. But I saw the top part of his beautiful buttocks sticking out. That’s in the movie for your enjoyment and you will see.

What brings out the monster in you?

There are many times it comes out. I have a quick fuse, but it goes away pretty quickly also. Usually, when I want to go out to eat, everyone wants a different restaurant. I am angry that I don’t get to go where I want to go (laughs). That’s usually the most aggravating situation.

Can you talk about working with Peter Dinklage?

He is fantastic. He is pretty electric out there. The audience buzzes when they see him. He’s so calm, funny and dry and doesn’t overdo a thing. I love him in the part. He’s a very good man.

Do people always expect you to be on when they see you?

In real life, no, not much. Maybe when I was younger. People are very nice to me on the streets and wherever. On occasions, something goes wrong but most of the time, it’s pretty good. Nobody expects too much from me.

What game are you most proficient at? 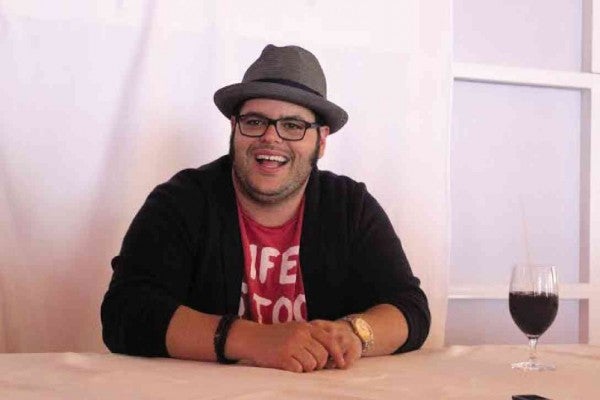 Nerds used to be ostracized. Now, as in this movie, nerds are cool.

I always joke around that you couldn’t make the movie “Nerds” anymore. It would have to be called “Jocks” at this point because nerds have inherited the earth, from Silicon Valley and so on. We’re living in an age where every hero is a superhero, has a cape or a power of some sort.

So it’s nice to get a group of social miscasts (in a movie) who are like myself, who live with their mothers but can somehow save the world. It’s fun to have the opportunity to play a character who winds up being the hero in the movie.

Do you have a nerdy side?

You tell me. What do you see (laughs)?

So, from one nerd to another—more than a year later, can you tell me how a certain animated character impacted your career?

Olaf is one of those characters that, if you’re lucky, comes along once in a lifetime. If you’re Chris Pratt, it comes along every week. I have been blessed to be part of a movie that has transcended the zeitgeist and has become… a classic.

I was telling this story today. I was walking on the streets of Scotland and my 4-year-old daughter was running into the street. I was like “Oh, Ava, wait, wait, wait!” I raised my voice to save her life. This family walked by, looked at me and went, “We know that voice. Are you Olaf?” It’s always surreal because my voice gives me away. It’s weird to not be recognized for your face but for your voice.

Yes. I actually used to go to arcades to check out some of the ladies. They did not reciprocate that look, I’ll have you know.

Did you impress them in high school?

I just started impressing them about a week ago. I won my wife over just recently (laughs).

How did you do that?

I showed her my paycheck from “Frozen.” No, it was one of those things when I grew up in the 1980s. In the ’80s, “arcading” was all we did. We didn’t have cell phones and those things so on a Saturday…

That’s what “Pixels” so brilliantly captures—the first reel comes up and you’re suddenly transported into this musty, synthetic, fog-filled atmosphere where you have a pizza in one hand and a joystick in the other. And you’re playing these games. Your friends are all gathered around and they’re all watching.

There was simplicity to the games… the graphics were so simple. You had a giant, disembodied yellow-faced creature going, “Waka waka waka,” chasing a bunch of ghosts. And that was enough. It was everything I knew. In many ways, it made me who I am. I savored those Saturdays where I could go to the Grand Prix Race-O-Rama in Florida.

You’re the only man in the family with your wife and two daughters. How much have they influenced you?

Even my dog is female. I’m becoming Caitlyn Jenner by the day. There’s going to be another press conference altogether soon. It’s amazing what being surrounded by estrogen 24 hours a day can do. I’ve become much more emotional than I’ve ever been before. I’m prone to mood swings and to monthly pains.

Can you talk about your relationship with birds and the bird that makes you angry?

A very profound question—thank you for that (laughs). I did grow up around birds. I actually have a great story. I went through this weird phase where I wanted parakeets badly so I convinced my mom to get me parakeets. If you’ve ever had a parakeet, it’s the worst investment you can ever make in your life because you can’t train them to do anything. They don’t speak. They just chirp nonstop.

I came back from summer camp one day and I looked at them cooped up in this little cage. I was like, this sucks. I felt bad so I let them out. This is in South Florida, by the way, where there are gators, snakes and large creatures everywhere.

I told my mom, thinking that she was going to be like, “That was a really responsible thing to do, thank you baby.” She looked at me and almost ripped my head off. She was like, “They’re going to get eaten by a hawk. What’s wrong with you?” So it was on that day that I learned that parakeets belonged in a cage apparently because they stood no chance in the jungles of South Florida.

How hard was it to keep a straight face with all these guys in your scenes?

It was very difficult because my character is kind of a straitlaced person. My character doesn’t find them charming when in reality I am completely charmed by every single one of these guys.

Chris (Columbus) is great. We always said the words on the page so we had the take that the writer intended us to have. But the great thing about all of them was that they were all fantastic at improvising so they would just one-up each other all the time.

Josh Gad is so, oh my gosh, funny. He’s so brilliant in the movie. He’s the one who, I think, thought we were making an R-rated movie the whole way through (laughs). You were like, “No, no, no, kind of reel it back in, Josh.” I had a real pleasure just listening to him and trying to keep a straight face.