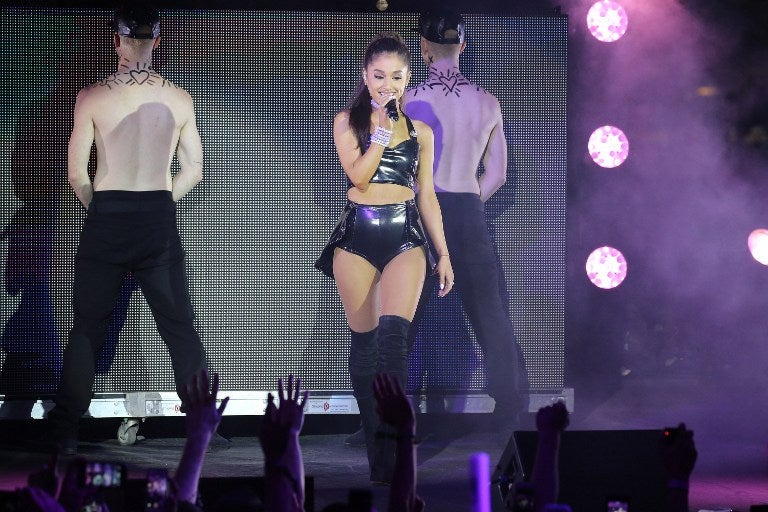 American pop star Ariana Grande has arrived in Manila for her one-night concert.

“In Manila!!! Very excited to fiiiiiinally get to see my Filipino babes tomorrow. i love u,” she posted on Twitter on Saturday afternoon.

Some fans posted photos of Grande arriving at the Ninoy Aquino International Airport Terminal 3 on Saturday. She was flown in via ANA Airlines from Japan.

Grande is in Manila for a concert at SM Mall of Asia (MOA) Arena in Pasay City on Sunday. Her ongoing “The Honeymoon Tour” includes concerts in Asia, Europe, and North America.

Her first album, “Yours Truly,” debuted at No. 1 at the US Billboard 200 Albums Chart. In 2013, she won Best New Artist at the American Music Awards and Favorite Breakout Artist at the People’s Choice Awards in 2014.

Her second album, “My Everything,” also reached No. 1. It includes hits such as “Problem,” featuring Iggy Azalea, “Break Free” featuring Zedd, “Bang Bang” with Nicki Minaj and Jessie J, and “Love Me Harder” featuring the Weeknd. RC