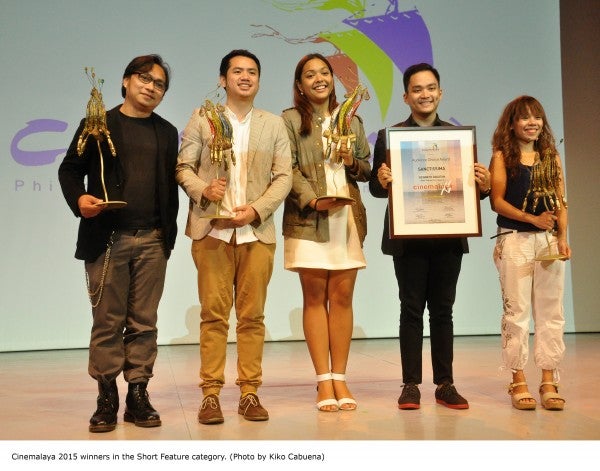 “Pusong Bato” by Martika Ramirez Escobar was named Best Short Film in the 11th Cinemalaya Independent Film Festival and Competition, which this year was held only in the Short Feature category, while the Special Jury Prize and the Netpac Award was given to “Wawa” by Angelie Mae Macalanda in the Cinemalaya Awards program held August 15 at the Cultural Center of the Philippines’ Little Theater.

Praised “for its playfulness in telling a story, for creating tension between nostalgia and loneliness and for taking risks without being absurd”, “Pusong Bato” is about a middle-aged faded actress who tries to relive her glory days as a movie star in the 1970s by watching films at home everyday until an earthquake rouses her from her Hollywood dream.

“Wawa” won the Special Jury Prize for “its engaging use of location to evoke longing and for its poetic depiction of grief” and the Netpac Award for “its evocation of grief and the impermanence of life by a grippingly visual funeral ceremony on the river. “Wawa” is about a young boy’s journey as he, with others, take his father to his final resting place.

The Best Direction award went to Petersen Vargas for his “Lisyun Qng Geografia.” Vargas was cited for his “effective harnessing of the technical elements of filmmaking in telling a simple story” of a boy who finds an old map that triggers him to retrace the places that are special to him and his high school best friend.

The Best Screenplay Award was given to Darwin Novicio for “Papetir” which he also directed. “Papetir” was cited “for its interesting presentation of contrast in what is being stated and what is actually happening.”

Finalists for the 2016 Cinemalaya Main Competition (Full Length Feature) were also announced during the Awards Night. The finalists will receive production grants of Php750,000 each, up from the previous Php500,000 of previous years.

The Main Competition finalists are:

Cinemalaya 2016 will be held on August 5-14 at the CCP and other Festival venues. 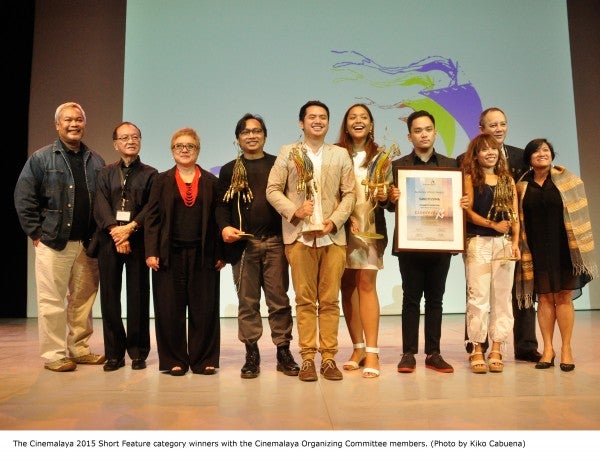 Now on its eleventh year, Cinemalaya is expanding its mission to the training of practitioners in key aspects of film production and serving as an inspiration to independent filmmaking in Asia. It opened the Cinemalaya Institute offering short courses in Film Producing, Screenwriting and Directing.

Cinemalaya is a project of the Cinemalaya Foundation, Inc. and the Cultural Center of the Philippines.

Established in 2005, Cinemalaya is an all-digital film festival and competition that aims to discover, encourage and honor cinematic works of Filipino filmmakers. 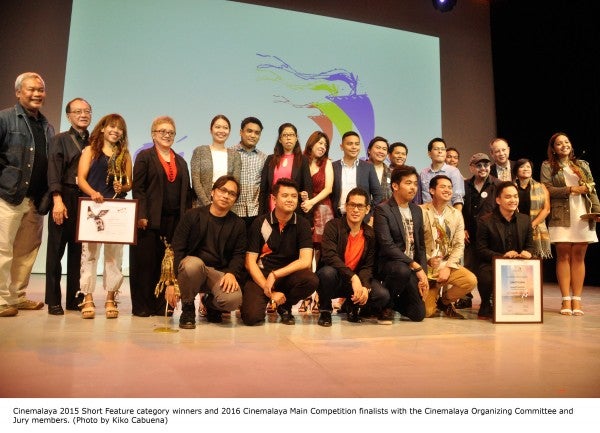