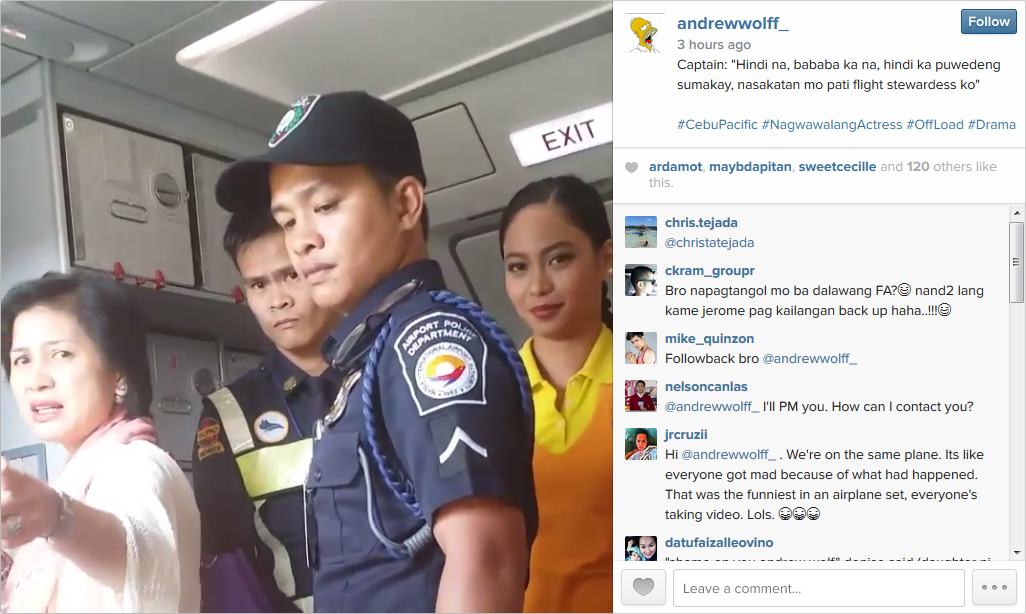 MANILA, Philippines—A Cebu Pacific Air flight bound for Mindanao returned to the Ninoy Aquino International Airport on Friday after it needed to unload an unruly passenger.

In a report by PEP.ph, actress Melissa Mendez was offloaded from a Cebu Pacific plane due to her unruly behavior.

In an Instagram post by athlete and model Andrew Wolff, he said the actress, who had the initials of “M. M.” refused to leave the reserved seats supposedly for him and his friend.

Wolff said that the actress, whom he described as “past her prime,” only agreed to go to her reserved seat after being asked to “(move) by the flight attendants, captain and ground security.”

But Wolff said the actress continued to curse his friend.

She was warned by the flight attendants but the actress did not stop “to curse continually.”

She instead punched Wolff’s friend and the flight attendants and thus needed to be restrained.

In the middle of the incident, Wolff said the captain announced, “Ladies and gentlemen, I apologize, but we have to go back to Manila due to one unruly passenger.”

“I regularly travel on planes for work, but this has got to be probably one of the most ridiculous things that I have experienced,” Wolff’s post read.