Rey Pamaran airs side on slapping incident with Melissa Mendez 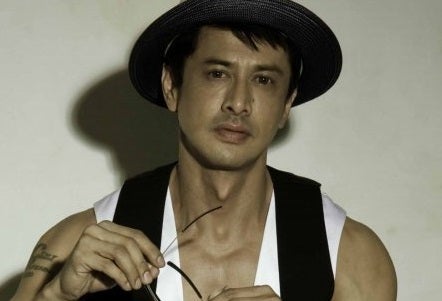 MANILA, Philippines—The passenger who was reportedly slapped in the face by actress Melissa Mendez on Friday during an altercation inside a plane has aired his side on the incident.

Inquirer earlier reported that Mendez admitted to having been offloaded from Cebu Pacific flight 5J 711 en route to Pagadian City from Manila after she slapped a fellow passenger for allegedly “disrespecting” her.

In an Instagram post, athlete and model Andrew Wolff said Mendez refused to leave the reserved seats supposedly for him and his friend Rey Pamaran.

But according to Mendez, she asked if she could stay there until such a time when she is able to take good photos of the clouds.

“When I asked Andrew’s friend, he said ‘Hindi pwede. Binayaran ko ‘yan (No you can’t, I paid for that seat) I said I will not take long. Makikisuyo lang. It was when he told me, ‘Pag ‘di ka pa umalis d’yan hahampasin na kita ng bag ko sa mukha mo (If you don’t leave, I’ll slap you face using this bag).‘”

Rey Pamaran said that what Mendez said was not true.

“Hindi po tama ‘yung sinasabi niya. Sinabi namin na upuan namin ‘yan. Sabi niya, pwede bang kayo na lang umupo sa likod. Sinabi po namin sa kanya hindi po pwede binayaran po namin ‘yung seat kasi kailangan namin ng leg room (What she said wasn’t’ right. We told her that’s our seat. She told us, is it OK if you seat at the back. We told her it’s not possible because we paid for that seat because we need some leg room),” he said in an interview with TV Patrol.

“Eh ayaw talaga niya umalis. Sabi niya magpipicture daw siya ng clouds pag lumipad. Eh anong gagawin namin, tatayo lang kami sa harap? (But she doesn’t want to leave. She told us she’s going to take photos of the clouds. So what are we going to do, stand in front?)” he added.

“Ang dami niyang satsat..ang dami niyang sinasabi. Nagsisigaw na siya ‘******* hanggang ngayon di mo pa ako kilala.’ Sabi ko ‘pag ‘di ka umalis dyan masampal ko mukha mo’…sabi ko sa kanya ‘yun..nasabi ko talaga ‘yun ..wala akong ginawa..hindi ko hinampas mukha niya (She talked a lot. She screamed ****** until now you don’t recognize me. I said to her, if you don’t leave that seat I’d slap you in the face. I really told her that but I didn’t do it. I didn’t slap her in the face),” he said.

Pamaran said earlier in his Facebook post that Mendez was politely asked to transfer to row two because the 1A seat was already reserved for him and Wolff.

“She immediately flared up and caused a big scene, shouting invectives at me and cursing me left and right,” he said. “She was finally restrained and was made to sit to her assigned seat behind me, her female companion assuring everyone that she will be calm.”

Pamaran said Mendez, who was reeking with alcohol, got up again and started shouting at him.

“I told her to calm down, get some mouthwash then we can talk. It is here that she suddenly punched me in the face I admit I was this close to hitting her back but my good senses came into play,” he explained on his post.

“As we landed Manila, she was escorted out of the airplane and into a waiting bus with about 20 security personnel.”

Pamaran also said he would file several charges against the actress.

Mendez later apologized to the passengers for the disturbance they caused.

In the TV report, Cebu Pacific said in a statement that the plane returned to Manila shortly after take-off.

“The flight returned to Manila due to a reported unruly passenger. The unruly passenger was offloaded from the flight. The flight departed Manila at 9:20 a.m. and arrived at 10:37 a.m. in Pagadian on the same day. CEB is coordinating with authorities regarding the incident.”

The Cebu-Pacific also confirmed that under the revised penal code of the Philippines and the Civil Aviation Authority Act of 2008, it is illegal to behave in a manner that is threatening to crew members and passengers. Anyone who violates the law will be intercepted by the police upon landing.

“Anyone found guilty of violating the law may be liable for a fine of up to Php500,00 and/or 3 years of imprisonment,” the company said.