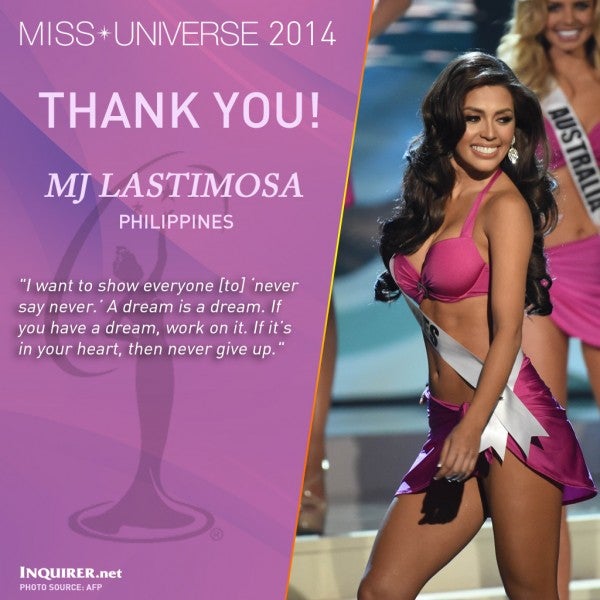 Lastimosa elicited loud cheers from the crowd as she did her signature “bomb” walk, wearing an elegant white gown with a fishtail made by Colombian designer Alfredo Barraza.

The top five candidates for this year’s pageant are:

Nick Jonas performed his hit song “Jealous” as the top 10 candidates walked onstage in their evening gowns.  Jonas is currently in a relationship with 2012 Miss Universe Olivia Culpo.

Filipino boxing champion Manny Pacquiao was one of the judges of the Miss Universe 2014. He was introduced as the “fighter of the decade.” Meanwhile, Miss Universe 3rd runner up Ariella Arida also served as a backstage and red carpet host of the 63rd edition of the beauty pageant. 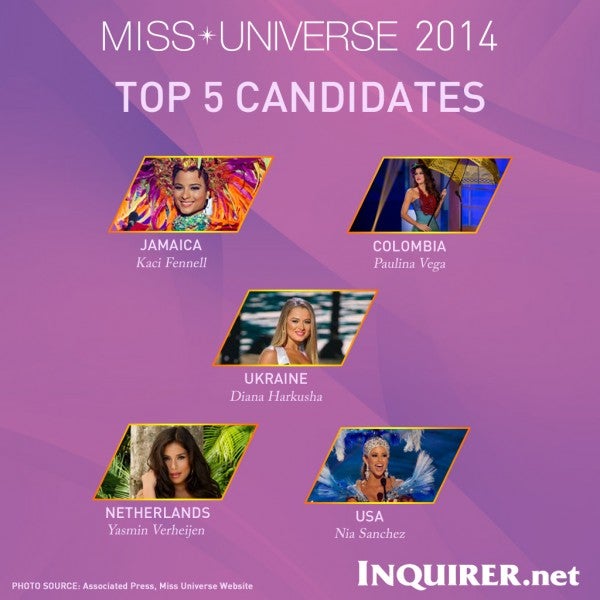