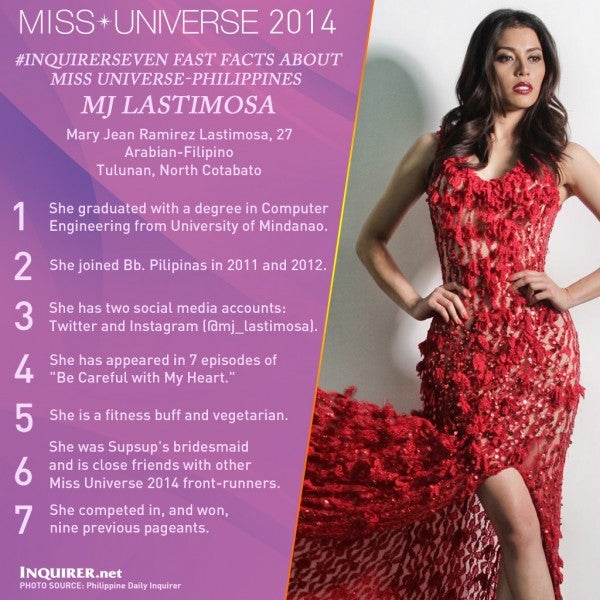 1. She won the crown after two previous attempts. By now, Lastimosa has spoken of her “never say never” motto countless times in interviews, after winning Bb. Pilipinas 2014 on her third attempt. In 2011, she was second runner-up and in 2012, she failed to make it to the semifinals but took home the awards for Bb. Avon and Bb. Philippine Airlines.

The beauty queen almost did not compete, too, deciding to try a third time only because the age limit was raised to 26 years old from 25 in 2014. (That year, Lastimosa was already 26.)

Lastimosa, however, is not the first beauty queen to achieve such a feat. In 2004, Maricar Balagtas was crowned Bb. Pilipinas after failing to make it to the semifinals in 2000 and emerging second runner-up in 2001. Not surprisingly, Lastimosa considers Balagtas her inspiration.

Lastimosa represented Davao City – where she studied university and pursued a modeling career – in 2011 and 2012, while she represented her hometown of North Cotabato in 2014.

2. She also competed in, and won, 9 previous pageants.

3. She took up computer engineering in college.

This year’s Bb. Pilipinas also said she maintained three scholarships while in university.

4. She was Supsup’s bridesmaid and is close with other Miss Universe 2014 front-runners.

Speaking of Supsup, Lastimosa has always maintained that the former is a close friend of hers, evidenced by her role as bridesmaid when Supsup got married to Lloyd Lee on Dec. 29, 2013. The two competed together in Bb. Pilipinas 2011, when Supsup won the competition. 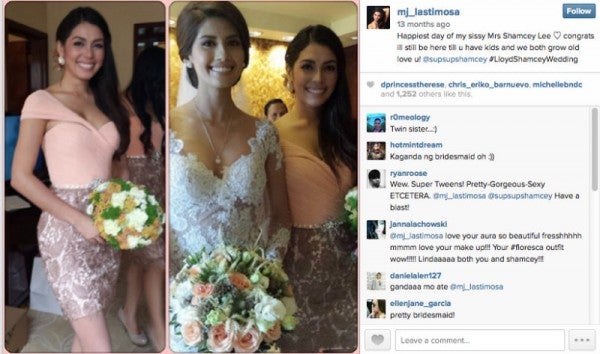 Lastimosa is also friends with some purported front-runners – a group the Philippines’ representative also belongs in – in the run-up to the Miss Universe grand finals. She has been seen more than once in photos with Miss Universe-Venezuela Migbelis Lynette Castellanos and Miss Universe-Serbia Andjelka Tomasevic, and is friends with the representatives from Myanmar (also her roommate), India, Kenya, Tanzania and more. 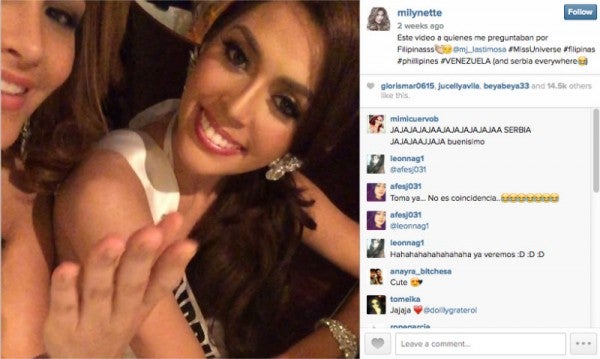