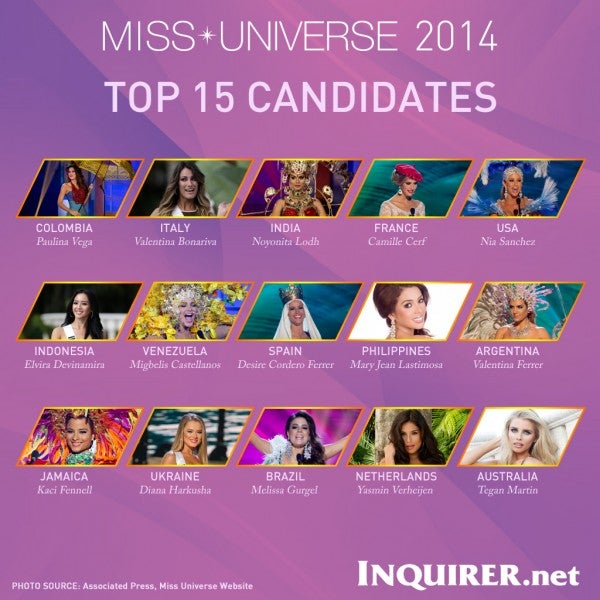 MANILA, Philippines—Philippines bet Mary Jean “MJ” Lastimosa kicked off her Miss Universe 2014 campaign on a good start as she broke into the semifinal round of the beauty pageant Monday morning (Philippine time).

Lastimosa was the ninth candidate to be called.

The top 15 candidates for this year’s pageant are:

Lastimosa looked graceful as she introduced herself while wearing the national costume made by Colombian designer Alfredo Barraza. The said costume, a white terno adorned with yellow, pink, and violet flowers, was slammed by netizens as it reportedly looked like a cake.

Filipino boxing champion Manny Pacquiao is one of the judges of the Miss Universe 2014. He was introduced as the “fighter of the decade.” Meanwhile, Miss Universe 3rd runner up Ariella Arida also served as a backstage and red carpet host of the 63rd edition of the beauty pageant.