Doris Bigornia on being ‘friendzoned’ by Aquino: ‘Definitely his loss’ 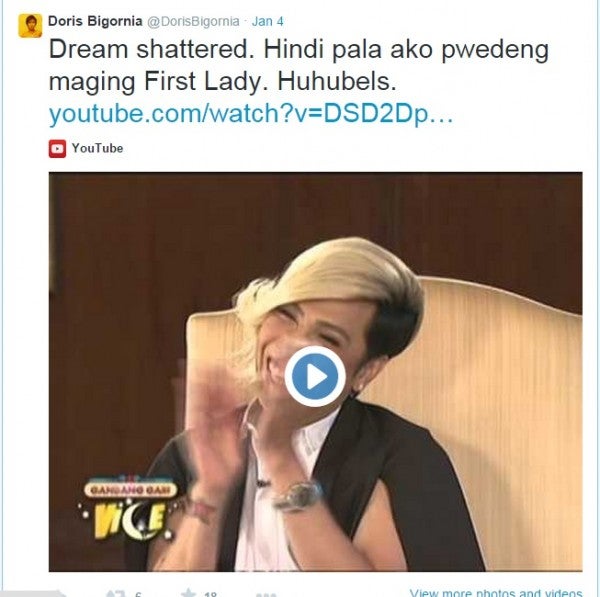 That was said in jest by veteran television reporter and radio anchor Doris Bigornia on Monday as she reacted to being “friendzoned” by President Benigno Aquino III.

In the rare one-on-one interview with Vice Ganda which aired Sunday, the President revealed that he could only be a friend to the television reporter, nothing more.

In her radio program on dzMM, Bigornia joked that she is used to being friendzoned.

She even dedicated a song in honor of their “failed” romance.

On her Twitter account, Bigornia said that she lost her chance to become the first lady of the country.

Aquino also said in the interview that Bigornia could not be considered as his “every time friend” because of the hard-hitting criticisms she hurl toward his administration.

Merriam Webster Dictionary defines “friendzone” as “a platonic friendship between two people one of whom wants the relationship to be romantic.” AJH

Aquino to Vice Ganda: I have to skip necking