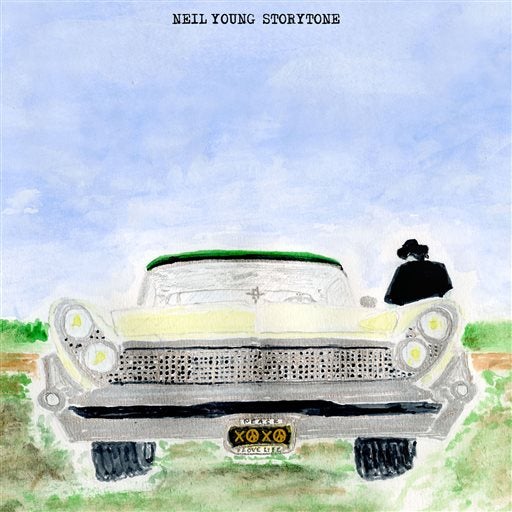 Attention rock stars: No matter how much you want to, resist at all costs orchestrating your songs.

Almost without fail, it is the wrong call.

Not that the orchestrated versions are a complete failure, it’s just that taken as a whole “Storytone” works best, and packs a bigger emotional punch, when Young sticks with the more familiar acoustic guitar and piano.

At its worst, as heard on the environmental battle cry “Who’s Gonna Stand Up,” the orchestration sounds like something out of “Pirates of the Caribbean.” Protesting against fracking just feels right with a guitar backing, not a 92-piece orchestra.

Most often, less is more on “Storytone.”
RELATED STORIES

Black Keys, Neil Young, others to perform in NYC

Read Next
Winter’s wife has blues listening to his new album
EDITORS' PICK
Is it safe to talk politics again at family gatherings? ‘The Reconciliation Dinner’ shows us what that’s like
House energy committee chair Arroyo bats for cheap electricity
Pagasa: Warm, sunny Sunday in most parts of PH
vivo’s coming to town to grant wishes with more holiday promos
EDITORIAL: To a bike-friendly future
The Best Tech Gifts For The 2022 Holidays
MOST READ
LOOK: Vhong Navarro transferred to BJMP detention facility in Taguig
The Elephant Man in the Senate
Posh village as ‘shabu’ haven
LOOK: Zanjoe Marudo bonds with Ria Atayde, her family
Don't miss out on the latest news and information.