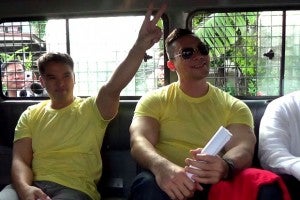 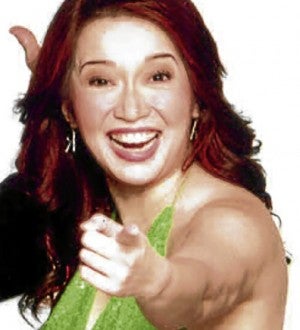 “They looked like they had a haircut before they were released from detention. Isn’t that special treatment?” Aquino asked defense lawyer Howard Calleja on Tuesday night during the live airing of Aquino & Abunda.

“Unlike Deniece Cornejo, she looked like her hair needs rebonding,” Aquino added. News footages showed Cornejo being ushered by authorities from a detention cell to another without make-up and her hair looking disheveled.

Calleja answered at the National Bureau of Investigation detention facility of Lee and Raz, it’s easy to get a haircut because it’s a simple and short procedure.

“Anyone could get a haircut from someone inside, just like Boy Abunda’s haircut. Unlike in Deniece’s case, naturally in prison no one’s doing a rebond,” Calleja said.

“I like playing golf,” Calleja said and discussed how it relaxes him.

Lee and Raz were held at the reportedly air-conditioned NBI detention facility while Cornejo’s cell is a regular jail in Camp Crame.

Lee and Raz were granted temporary freedom Tuesday afternoon after posting bail while Cornejo awaits for her papers to be completed for her immediate release.

The three were held for serious illegal detention charge over their alleged involvement in the mauling of actor-host Ferdinand “Vhong” Navarro.